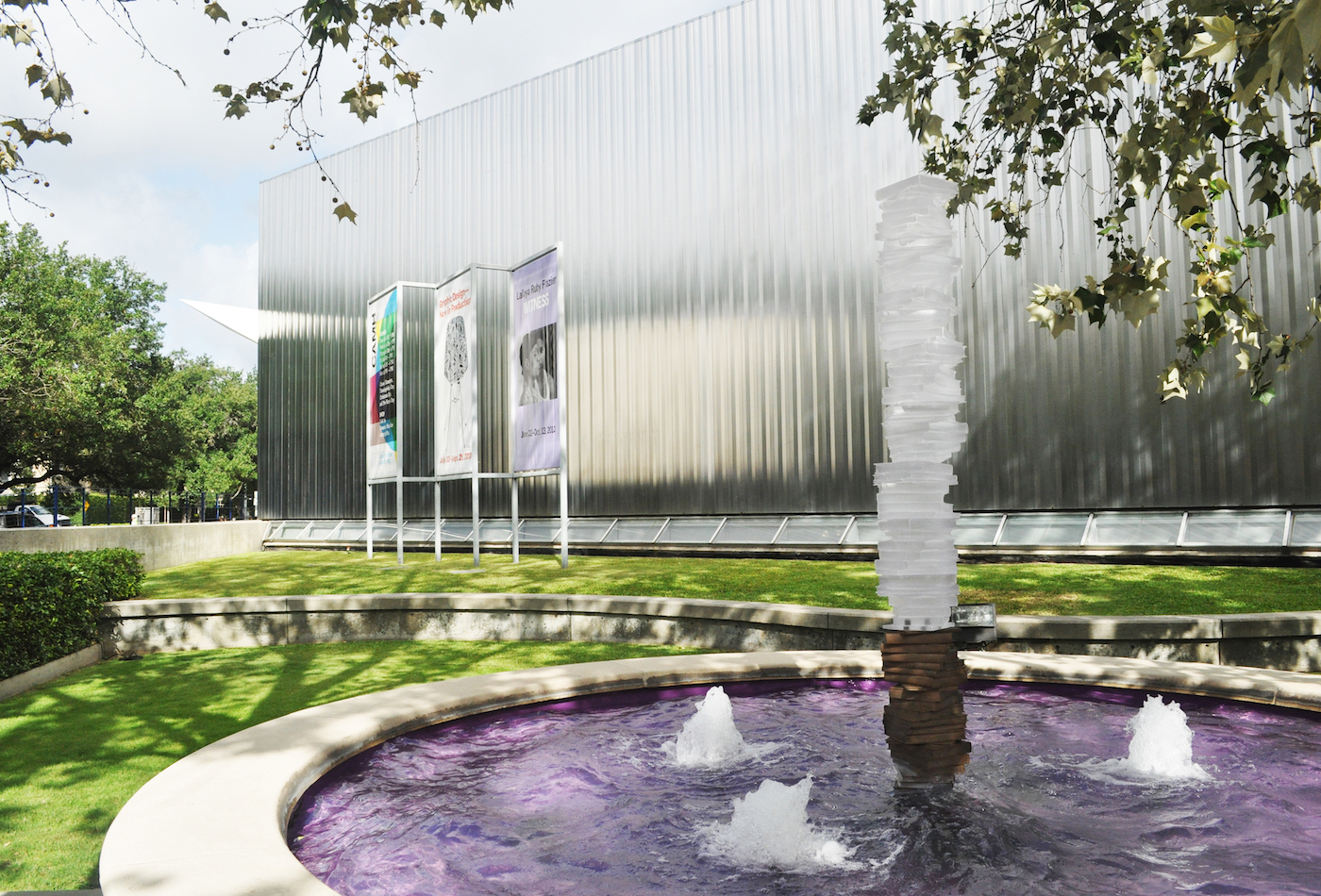 CAMH is pleased to debut James Surls’ newest large-scale sculpture Molecular Three and Three, 2011, on view on CAMH’s front lawn (corner of Montrose and Bissonnet). In a wonderful happenstance, the artist’s recent investigations of stainless steel as a medium have resulted in a work that looks like it was made to stand before the iconic CAMH steel facade. Resting on just three points that appear as if they are barely bearing any substantial weight at all, this huge metal sculpture feels as evanescent as a daydream and on brighter afternoons it calls to mind metallic tumbleweed that is momentarily still before rolling on down Montrose Boulevard. Lit from below at night, its shadow looms overhead making the work resemble an attacking monster from a 1950s science-fiction film, momentarily stilled by the flashes of reporters’ cameras.

The artist has been reading the poetic language found in higher mathematics and particle physics, and it is easy to see the tripartite extensions as derived from the swirled forms made visible when atoms are smashed together at high speeds and the traces of subatomic particles are captured. Surls always starts with drawing even when, as in this case, it is drawing in space. It is clear only that this Molecular Three by Three is in many senses a visitation from some other dimension of time or space, and we are happy it has alighted here for now.

With a career spanning more than four decades, James Surls is one of the most important sculptors of his generation. Born in East Texas in 1943, he has an MFA from Cranbrook Academy of Art and a BS from Sam Houston State College. He has had numerous solo and group exhibitions in Texas and beyond. His work is included in the collections of the Museum of Fine Arts, Houston, TX; Los Angeles County Museum, CA; Museum of Modern Art and the Whitney Museum of American Art, New York, among others.

Art on the Lawn is organized by the Contemporary Arts Museum Houston.