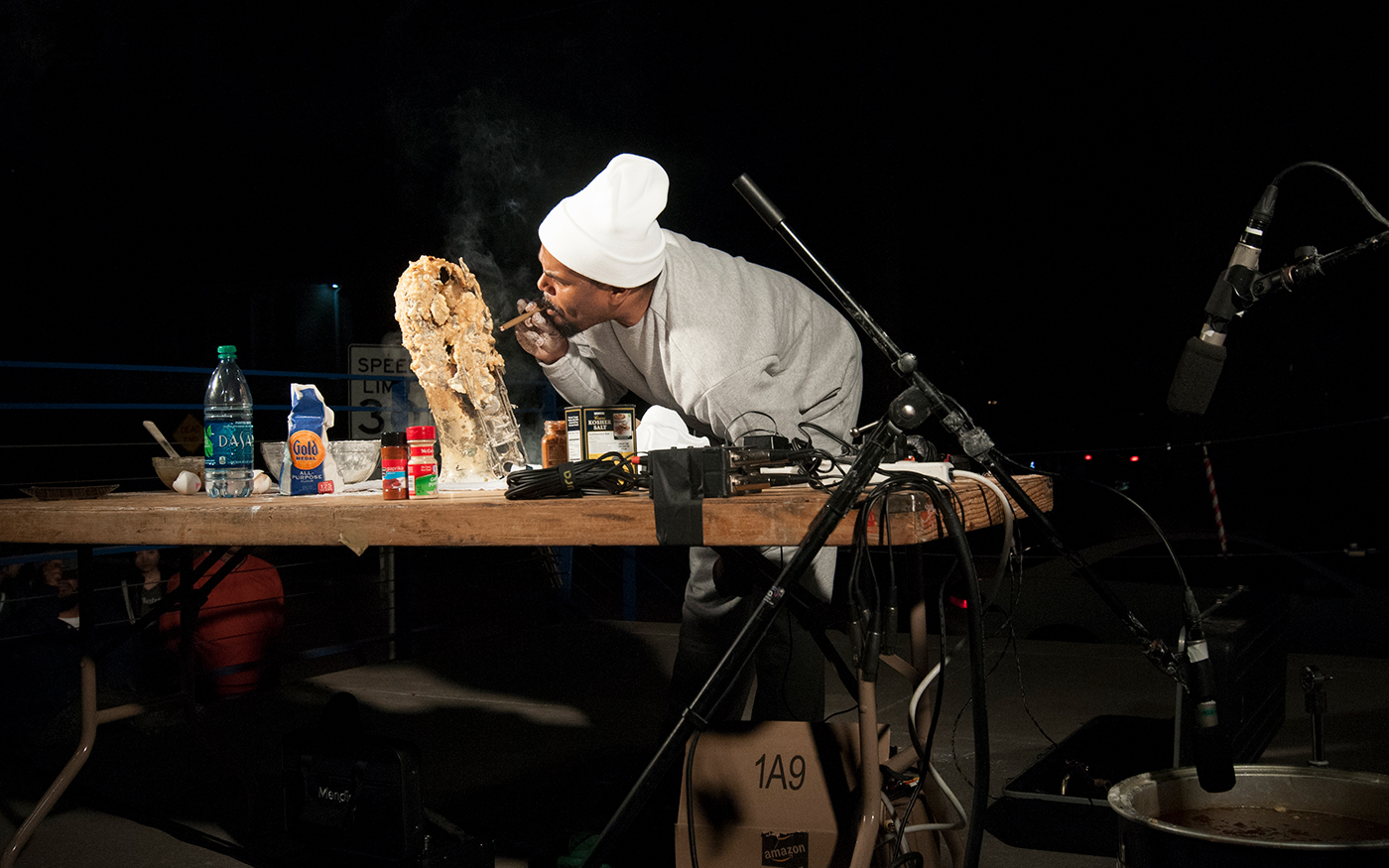 Join artist Jamal Cyrus for a discussion of his work within the context of the exhibition Slowed and Throwed: Records of the City Through Mutated Lenses. Cyrus will share more about his unique process in relation to methodologies of material manipulation and the strategies used by DJ Screw. Slowed and Throwed is an exhibition that orbits around the legacy of the late Houston legend DJ Screw.

Jamal Cyrus (born 1973, Houston, Texas) received his BFA from the University of Houston in 2004 and his MFA from the University of Pennsylvania (Philadelphia) in 2008. In 2005, he attended the Skowhegan School of Painting and Sculpture (Maine), and in 2010 he was an Artist in Residence at Artpace (San Antonio, Texas). Cyrus has won several awards, including the Joan Mitchell Painters and Sculptors Grant, the BMW Art Journey Award, the Louis Comfort Tiffany Foundation Award, the Artadia Houston Award, and the Smithsonian Artist Research Fellowship. He has participated in national and international exhibitions, including The Freedom Principle: Experiments in Art and Music, 1965 – Now, Museum of Contemporary Art Chicago, Illinois (traveled to the Institute of Contemporary Art, Philadelphia, 2016); Arresting Patterns, ArtSpace, New Haven, Connecticut (traveled to the African American Museum in Philadelphia, 2016); two exhibitions at the Studio Museum, Harlem, New York (both 2013); the Contemporary Arts Museum Houston (2012); the New Museum, New York City, New York (2011); The Kitchen, New York City (2009); the Museum of London Docklands, London, United Kingdom (2009); and The Office Baroque Gallery, Antwerp, Belgium (2007). In 2006 Cyrus was included in Day for Night, the 2006 Whitney Biennial at the Whitney Museum of American Art, New York City.