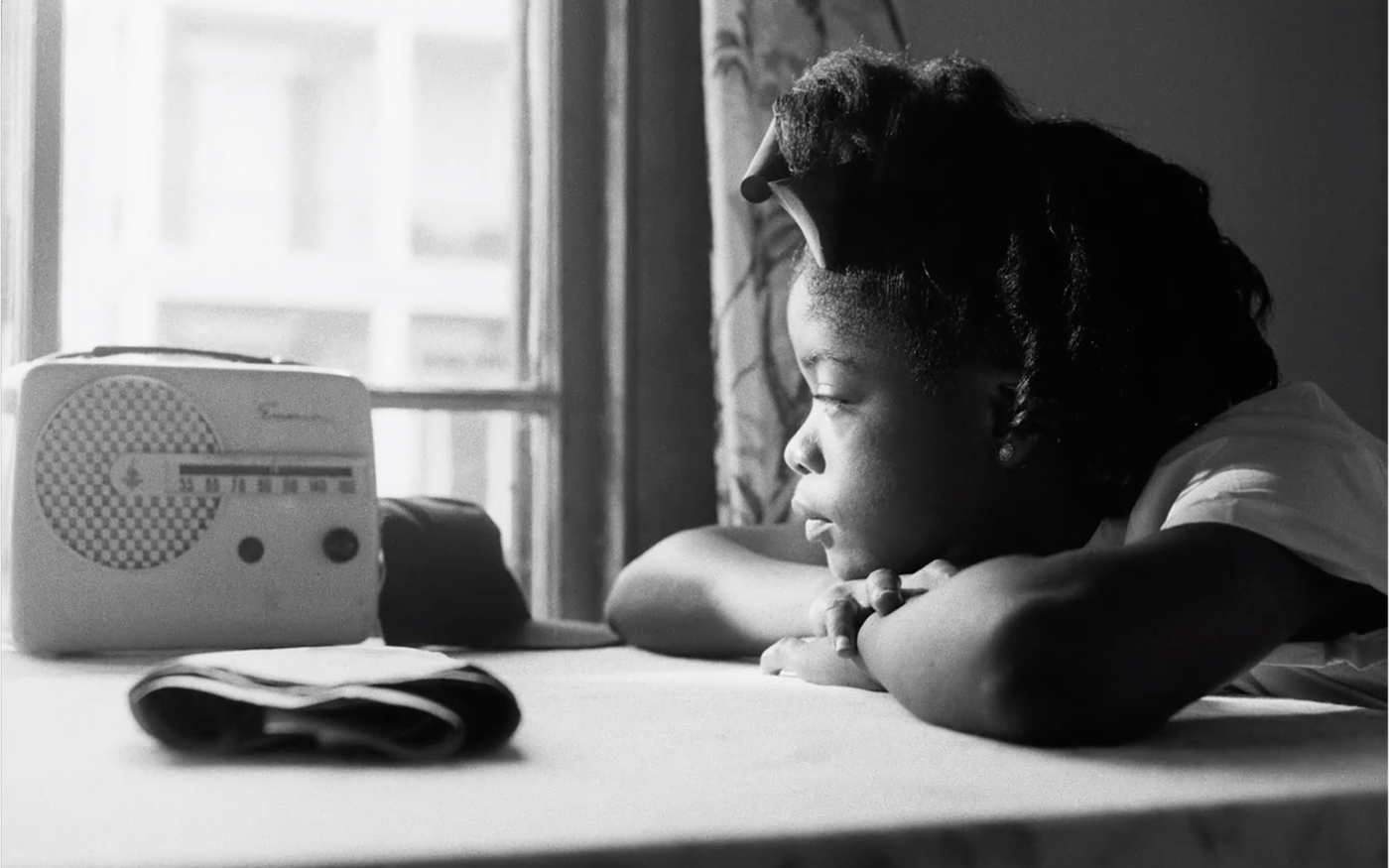 Join Marian Luntz, Film and Video Curator at The Museum of Fine Arts, Houston, for a discussion of the exhibition Garrett Bradley: American Rhapsody. Luntz will discuss how Bradley transforms historical and cultural events through her unique approach to filmmaking. This talk is a walk-through in the gallery and no seating will be provided. If you would like special accommodations to be made, please contact fcleveland@camh.org. Light lunch provided.

Marian Luntz, a native New Yorker who attended Dartmouth College (Hanover, New Hampshire), has worked in the film and media arts field for over three decades. After positions at Kino International (Berlin, Germany) and the American Film Institute (Los Angeles, California), she moved to Houston, Texas in 1983 to become Director of Exhibition at the Southwest Alternate Media Project (SWAMP).  Since 1990 she has been the Film Curator at The Museum of Fine Arts, Houston (MFAH), programming over 200 screenings annually and overseeing the museum’s archive and distribution of films by Robert Frank. She has served on juries and panels for the Sundance Film Festival, South by Southwest, FICCI Festival in Cartagena, the Herb Alpert Foundation, National Endowment for the Arts, Creative Capital, Texas Commission on the Arts, Rockefeller Foundation, Houston Arts Alliance, and the Austin Film Society. In 2014 and 2015 the Houston Press named her “Best Curator”.  She was honored at the 2010 Houston Cinema Arts Festival for her two decades at the MFAH.  Additional community acknowledgements Luntz has received include an award from the 2014 Houston Palestine Film Festival, a “Dedicated Service” award from the School of Communications at Texas Southern University in April 2008 and an “Outstanding Achievement in Film Programming” award in December 2008 from the Houston Film Critics Society.