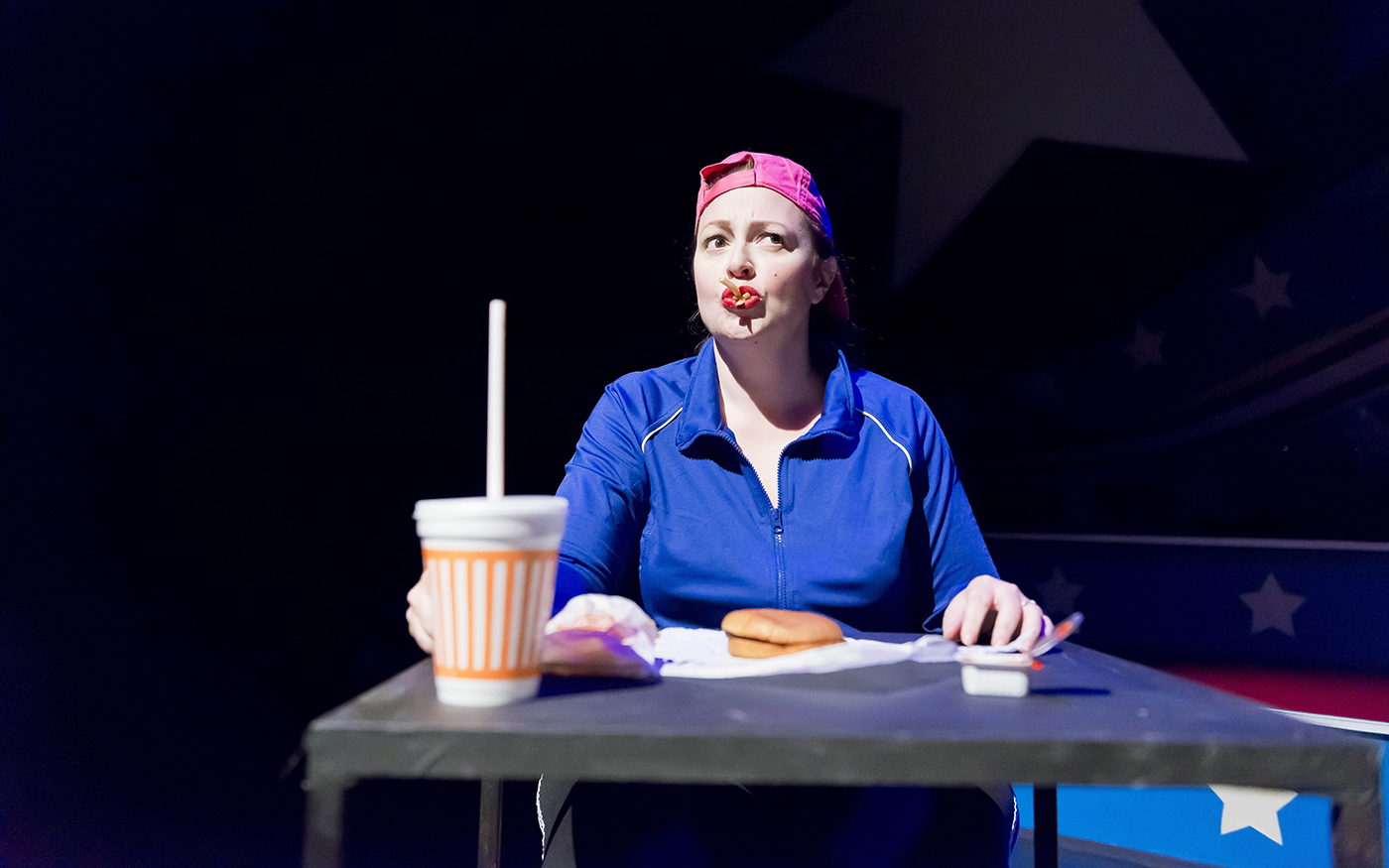 Join Tamarie Cooper, the Associate Director and Co-founder of The Catastrophic Theatre for a discussion on the work of artist Cary Leibowitz. Cooper is drawn to Leibowitz’s subversive and self-deprecating humor and his commentary on pop culture, “high” art, his neurosis, and his tendency toward self-examination. As a theatre artist Cooper’s work is also ripe with these elements, all of which she finds to be powerful tools and universal access points (farts are funny). Light lunch provided.

Tamarie Cooper has been performing her entire life. She is Associate Director of The Catastrophic Theatre, which she co-founded in 2007 with longtime collaborator and dear friend, Jason Nodler. Originally trained in dance, she began working in theatre at the High School for the Performing and Visual Arts (HSPVA) and helped to found the Infernal Bridegroom Productions in 1993, where she worked for fourteen years. She is a seasoned actor, director, designer, choreographer, and occasional writer, best known for her original musicals, which enjoy highly successful runs and a cult-like following in Houston. Cooper has been featured in national trade magazine Stage Directions and has received various “Best of Houston” awards from The Houston Press for her performances and original work. In addition to her original work, favorite roles and productions include:  Leap and the Net Will Appear (Simon), Rhinoceros (Director), Trevor (Director), Song About Himself (Carol), Marie and Bruce (Marie), FLeaven (choreographer), Hide Town (Miss Iva), Medea (Medea), A Soap Opera (Andrea), We Have Some Planes, Fucking A (Hester), Happy Days (Winnie), and Guys and Dolls (Adelaide).