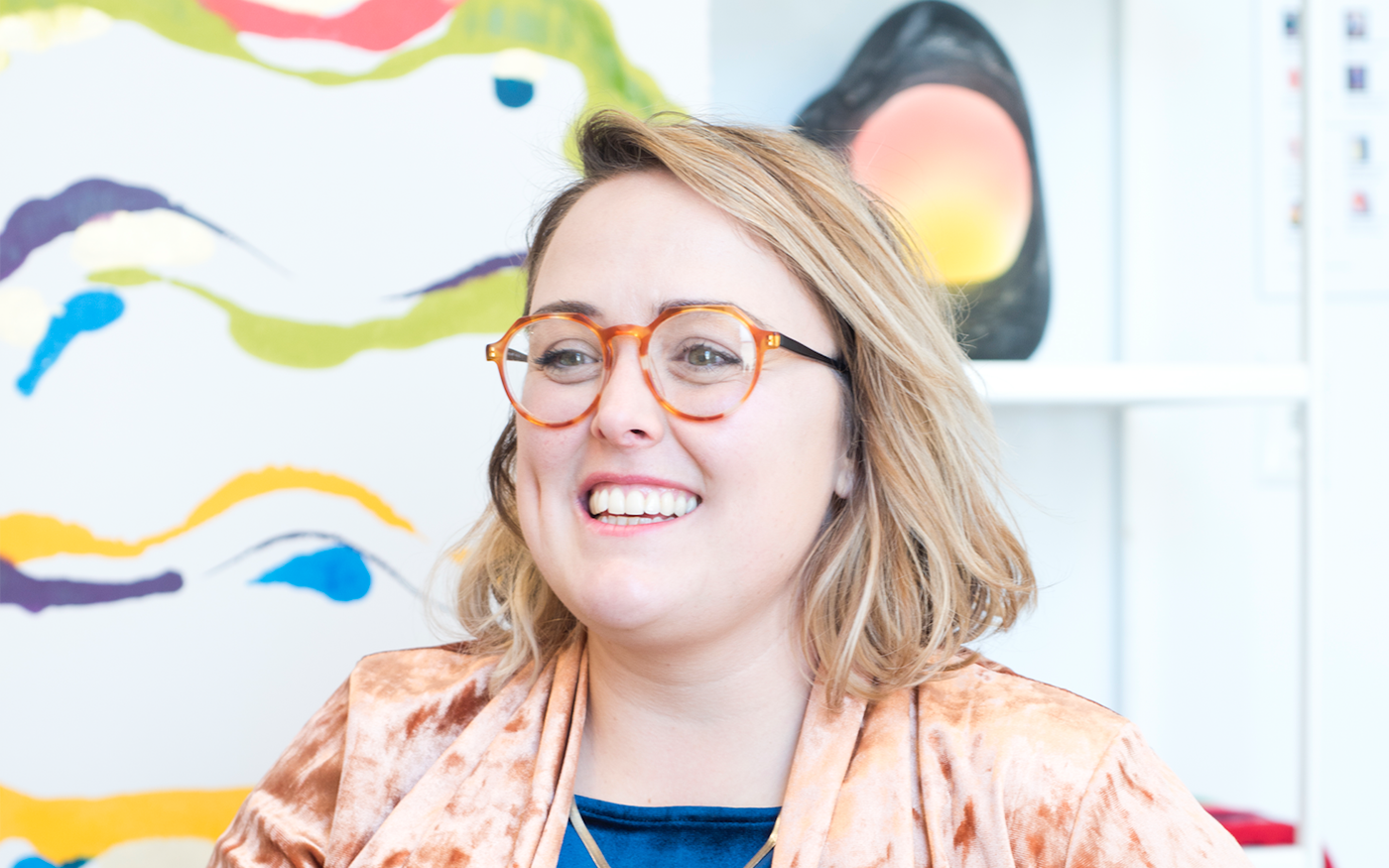 Angel Oloshove (b. 1981) studied painting at California College of the Arts. She worked in graphic design and toy development in Tokyo for six years.

Her work often experiments with painterly glazes to express feelings of transcendental experiences through form and color.  She has balanced a fine art practice of sculptural ceramics with her own line of functional design pottery stocked in design boutiques throughout the United States.  In 2017, her studio practice expanded into painting and printmaking culminating in an editioned artist book with Aventures LTD Press.

Her exhibition Floating Worlds was selected as a Critic’s Pick for the April 2015 issue of ArtForum.  In 2015, she was named one of “Ten Modern Ceramists Shaping the Future” by AnOther Magazine.  In July 2018 she was featured in Monthly Ceramic Magazine in Korea and was a contribution author to LULA JAPAN magazine that same month. Angel’s ceramic designs and artworks were shown at the Texas Design Now exhibition at the Contemporary Arts Museum Houston.  In 2017, she was invited to have a solo exhibition at the Elizabet Ney Museum (Austin, TX).  Her work was included in the seminal “Terra Incognita” exhibition at craft design hub Plant Seven in High Point, North Carolina.

She was a finalist for the 2015 and 2018 Houston Artadia Award, was a nominee for the 2016 and 2017 Joan Mitchell Foundation grant, and is a current resident artist at the Houston Center for Contemporary Craft.

She is represented by Uprise Art in New York, New York.