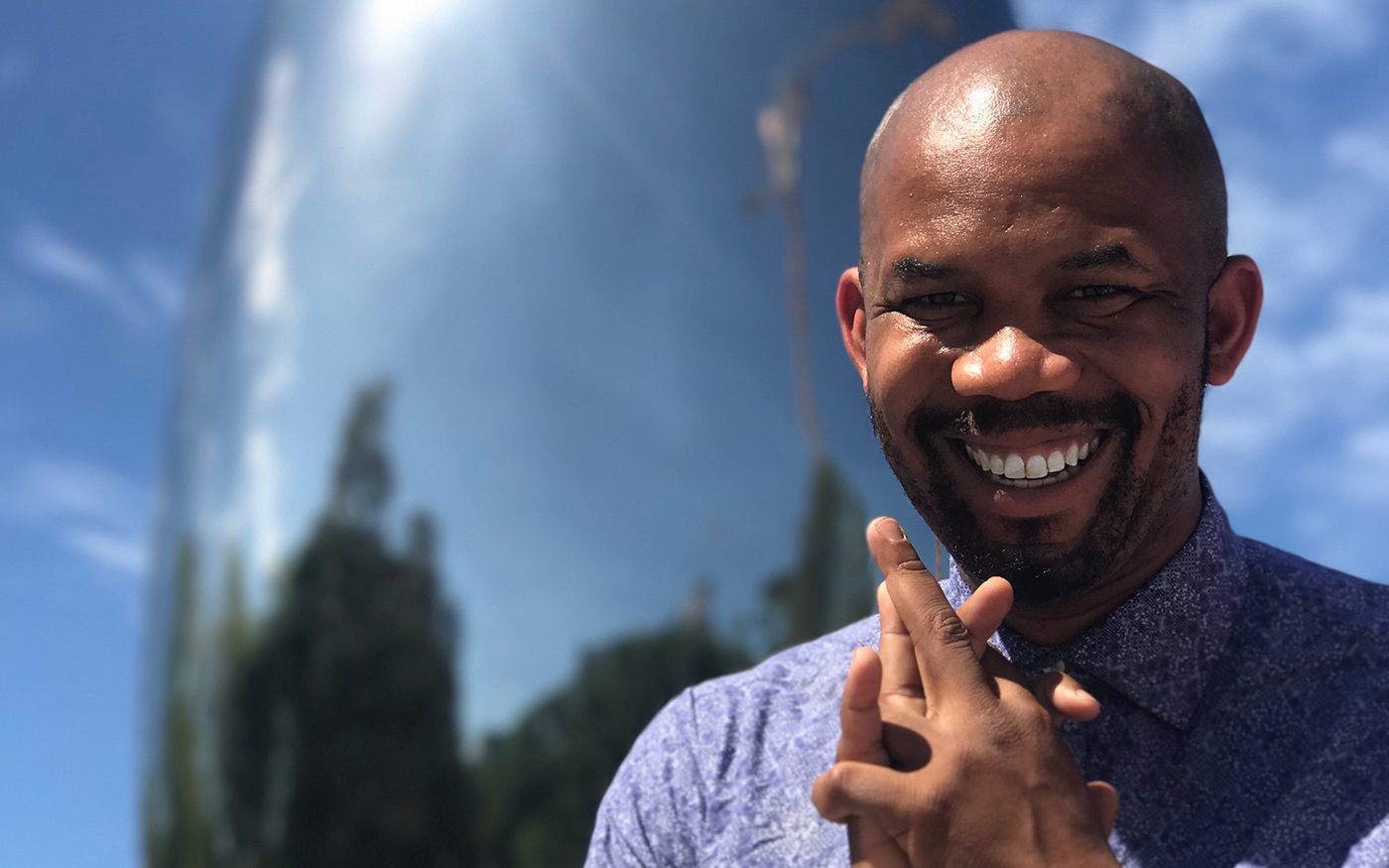 Artist Outspoken Bean checks in with CAMH Public Programs Coordinator YET Torres about upcoming projects, his work with Writers in the Schools (WITS), and how he’s remained creatively active during the Covid-19 pandemic. Outspoken Bean is a writer, mentor, entertainer, educator, and founder of Plus Fest – the EVERYTHING plus POETRY Festival.

Bean uses poetry to collaborate with other mediums and institutions such as being the first poet to perform on a main stage production of Houston Ballet’s Play. Also, creating his own festival, Plus Fest the EVERYTHING plus POETRY Festival. That work ethic has taken him to perform in Trinidad to Miami, Florida to South Dakota to Broadway, over 35 states, 200 universities, annually performing in front of thousands of people and across the vast Houston Metropolitan area where he inspires people from all walks of life. Also, Bean was commissioned to write and perform a national campaign on diversity for Pabst Blue Ribbon and VICE.

Bean was the 2011 Texas poet laureate nominee, ranked 9th in the Individual World Poetry Slam 2013, ranked 2nd in collaborative poetry at Group Piece Finals 2013, and ranked 9th at National Poetry Slam 2014. He started performing spoken word in 2005. In his senior year at Prairie View A&M (Texas), Bean founded and coached the University’s first poetry slam team. In their first year, they won the title in their region and grabbed the 8th place ranking in the country at College Union Poetry Slam Invitational (CUPSI ’08).

Bean has also worked with many youth organizations from across the country such as, Inside Out in Detroit, Michigan; Youth Speaks in San Francisco, California; and WordSpeak in Miami. While balancing a very busy touring schedule, Bean also serves as the project coordinator, lead coach, and mentor to Meta-Four Houston, a project of Writers in the Schools (WITS) that works with professional performance/slam poets and encourages self expression and literacy among Houston’s youth through creative writing and performance.

“An energetic pioneer for poetry, in all its different sizes and shapes, Bean is dedicated to making sure that poets get heard” – Emily Hinds, Arts and Culture Magazine