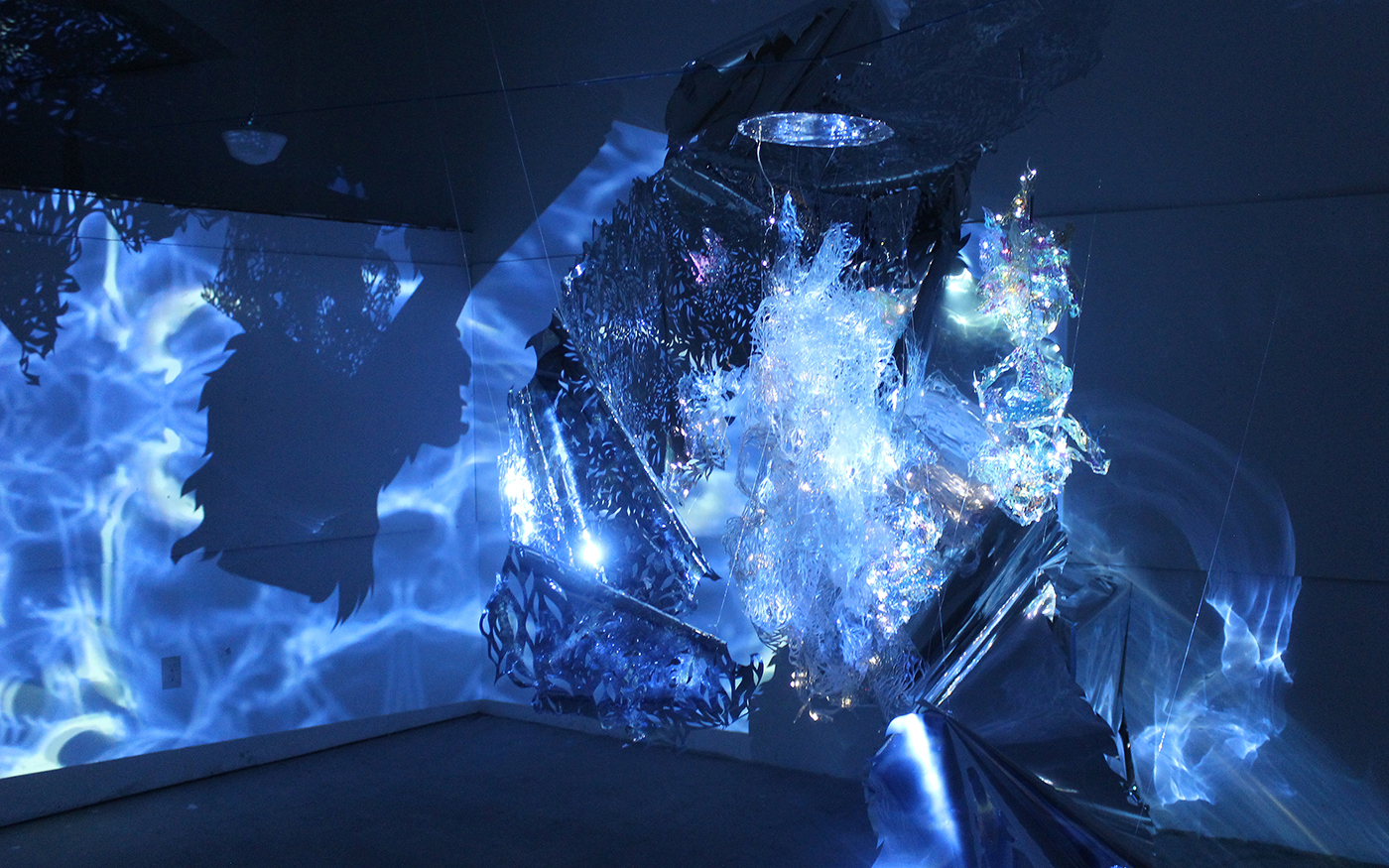 New York-based artist and performer Julia Sinelnikova participates in CAMHLAB to realize new works, an immersive installation, and public engagements that will provide unique perspectives into their practice. The artist’s new project, Crystal Veil, will be on view Thursday, September 23 through Wednesday, September 29, 2021.

Israel-born, Texas-raised, Russian artist Julia Sinelnikova has been transforming sites around the world into light-activated, iridescent sculptural environments since 2005. Crystal Veil, an installation and performance series, will take shape as part of this CAMHLAB residency. Hand-cut crystalline resin sculptures and sprawling silver hanging elements will take over the Museum’s Nina and Michael Zilkha Gallery for the duration of the residency, enveloping it in refracted light patterns. The artist has also developed a new practice titled Sound Drawings during the pandemic lockdown in New York City for much of 2020 and early 2021. In these drawings, Sinelnikova interprets experimental music through larger-than-life-sized drawings. They will incorporate this practice throughout the residency term, creating new works in the space.

On Thursday, September 23, the artist will present a new public performance as her persona “The Oracle,” with a focus on poetry, light, and movement.

This residency serves as a CAMH homecoming as the artist was once a member of the Museum’s renowned Teen Council program.

Sinelnikova has presented their work at The Oulu Museum of Art (Finland), and Williamsburg Art & Historical Center (Brooklyn, New York). They have also exhibited site-specific installations for Miami Art Week/Art Basel annually since 2011. A singer-songwriter and DJ, they performed on a live FM radio show in 2020 in Upstate New York, as well as released their debut streaming single under the pseudonym ORACLE666. In 2021, they released their debut music video on the Houston Chronicle and Get Out! NYC Magazine. They recently performed at Elsewhere Brooklyn and opened Wynwood Pride with a DJ set for Charli XCX. They hold an MFA in Sculpture from Queens College, as well as a BFA in Sculpture from The Fashion Institute of Technology (SUNY). They live and work in Brooklyn, New York.