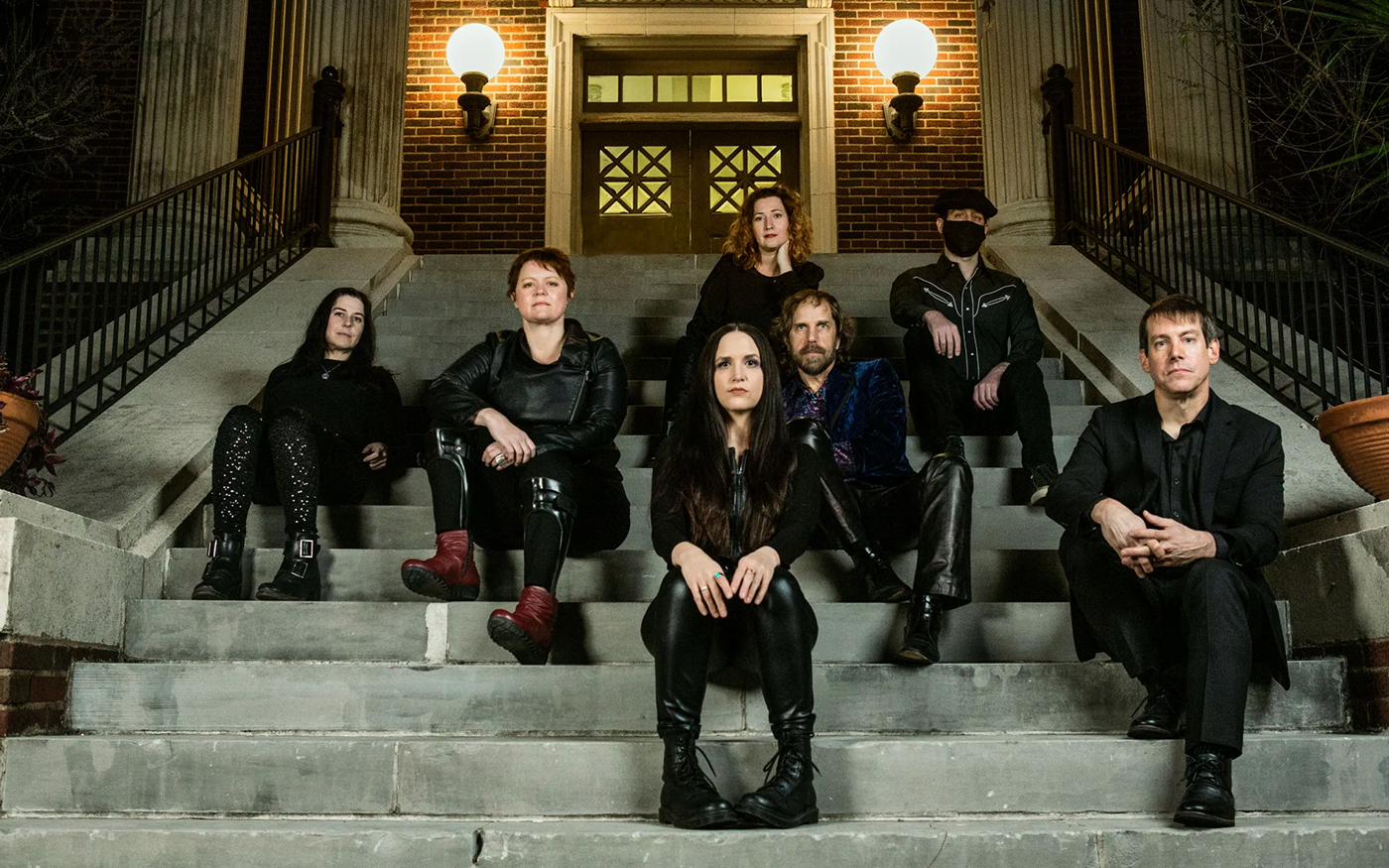 The artist collective, Two Star Symphony, will utilize the space at Montrose Collective to create new performance and sound works during their CAMHLAB residency. Named one of the 15 Reasons to Visit Houston by the Houston Visitors and Convention Bureau, Two Star Symphony will offer regular open studio hours to genuinely connect with their audience and make their process visible. Plans for their residency include a collaboration with puppeteer Afsaneh Aayani and composing new scores to short films from the seminal box set of early avant-garde American film, Unseen Cinema (1894–1941).

During the months of February and March, the gallery will be open on Fridays from 5–7PM, and Saturdays and Sunday from 4–7PM for public open studios. These sessions offer visitors an opportunity to connect with the group and be part of their processes of musical composition and collaboration.

In addition to open studio writing sessions, Two Star Symphony will hold open discussions with audience members about their writing and creative processes. On select dates, the band will perform samples of the work they are producing for their CAMHLAB residency. The band will also make visible their inspirations for the work-in-progress, including the storyline created by collaborator/puppeteer Afisaneh Aayani and silent films they have been working with.