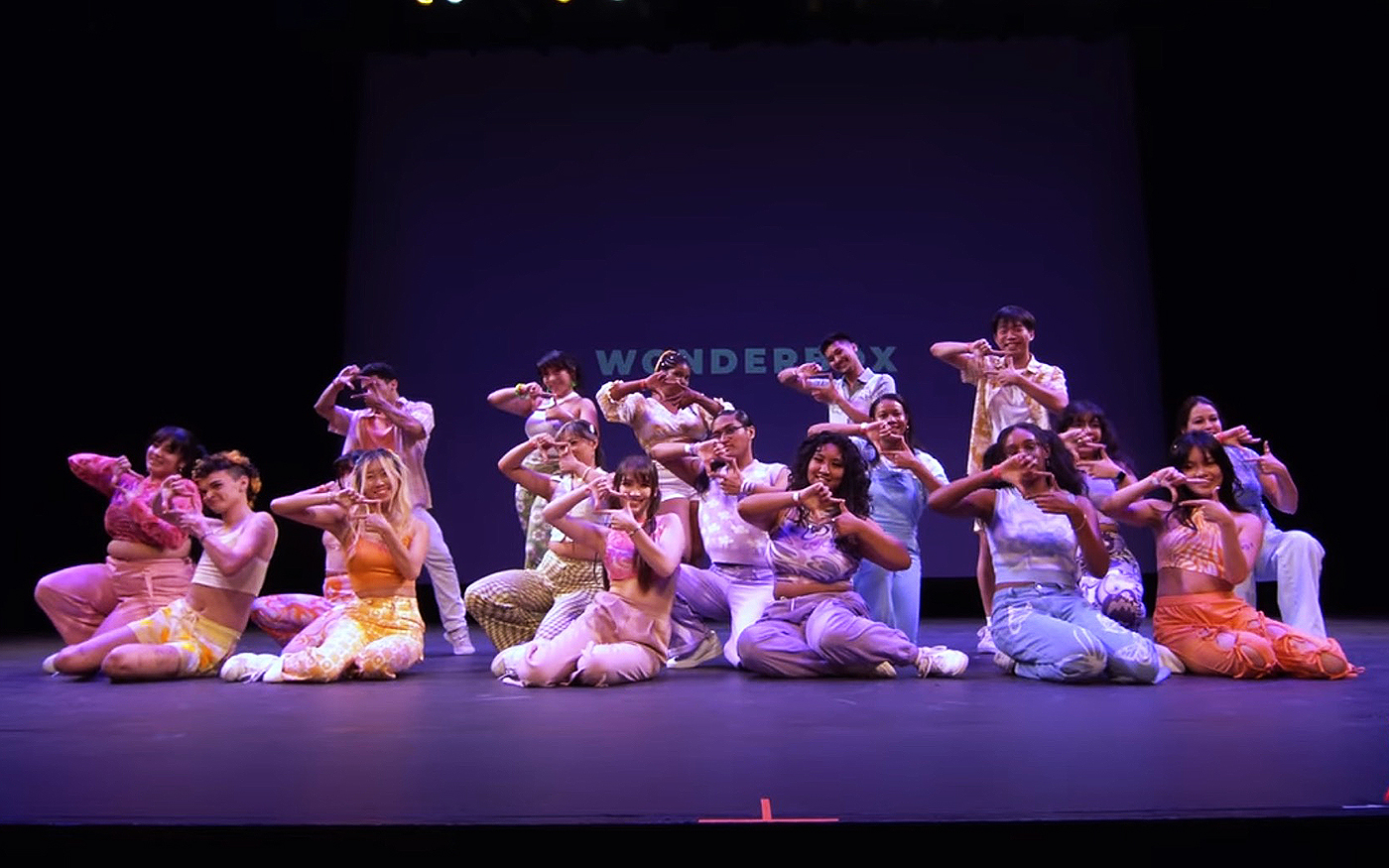 CAMH invites all college students to an evening of free hands-on activities, film screenings, dance and sewing workshops, and a performance by Wonderbox!

This year’s College Night is inspired by our current exhibitions, Troy Montes-Michie: Rock of Eye and Diane Severin Nguyen: IF REVOLUTION IS A SICKNESS. Explore the galleries and join in on the variety of activities throughout the Museum! Complimentary snacks and beverages will be provided on our terrace.

This event is free and open to all college students. Please bring your college ID for verification.

Postcard Collage
Inspired by the exhibition, Troy Montes-Michie: Rock of Eye, reconnect with your family and friends by creating a postcard-size collage to send via snail mail.

K-popify a Journal
Take inspiration from Diane Severin Nguyen’s video, IF REVOLUTION IS A SICKNESS (2021), and create a K-pop inspired journal with drawing, collage, and stickers.

Workshop and Performance | Wonderbox
Join Houston-based dance group Wonderbox for a one-hour dance workshop! Open to all ages and skill levels, visitors will get a step-by-step walkthrough of some fun K-pop choreography. Advanced dancers are welcome to join and add their own flair as well.

After the workshop, visitors can watch Wonderbox perform a medley of K-pop favorites. Join the group as they showcase their style and versatility!

Workshop | Make-and-Take Sewing with Moonyoonits Studios
Create a pocket-sized doll with Norola Morgan of Moonyoonits Studios. Visitors are invited to take inspiration from the collage work featured in Troy Montes Michie: Rock of Eye and create dolls with fabric, found objects, and paper. With no sewing patterns provided, visitors are encouraged to develop their own “rock of eye” by trusting their intuition to guide their assembly.

FXF will take place in the Cullen Education Resource Room, located in the CAMH’s lower-level Nina and Michael Zilkha Gallery. Doors will open at 6:30PM with the screenings beginning at 7PM. Tickets are free, but registration is required for this event. Learn more here.

Wonderbox is a K-pop dance group based in Houston, Texas. Founded by a member of Soundbox Studios, Wonderbox was formed by a group of trained dancers who shared interests in Korean culture and K-pop choreography. Throughout the years, Wonderbox has maintained its goal of bringing attention to Korean and K-pop culture through dance.

Norola Morgan is a mixed-media doll artist based in Houston, Texas. After earning a BFA in Painting at the University of Houston, she decided to stay in the city for its vibrant art scene, cultural diversity, and authentic weirdness. In her practice, Morgan creates unique art dolls with fabric, found objects, and paper. Combining mixed media with storytelling, Morgan explores various topics such as gender, culture, body image, sexuality, and spirituality in unexpected ways. Currently, she is expanding and experimenting with performance, cosplay, and prop fabrication.