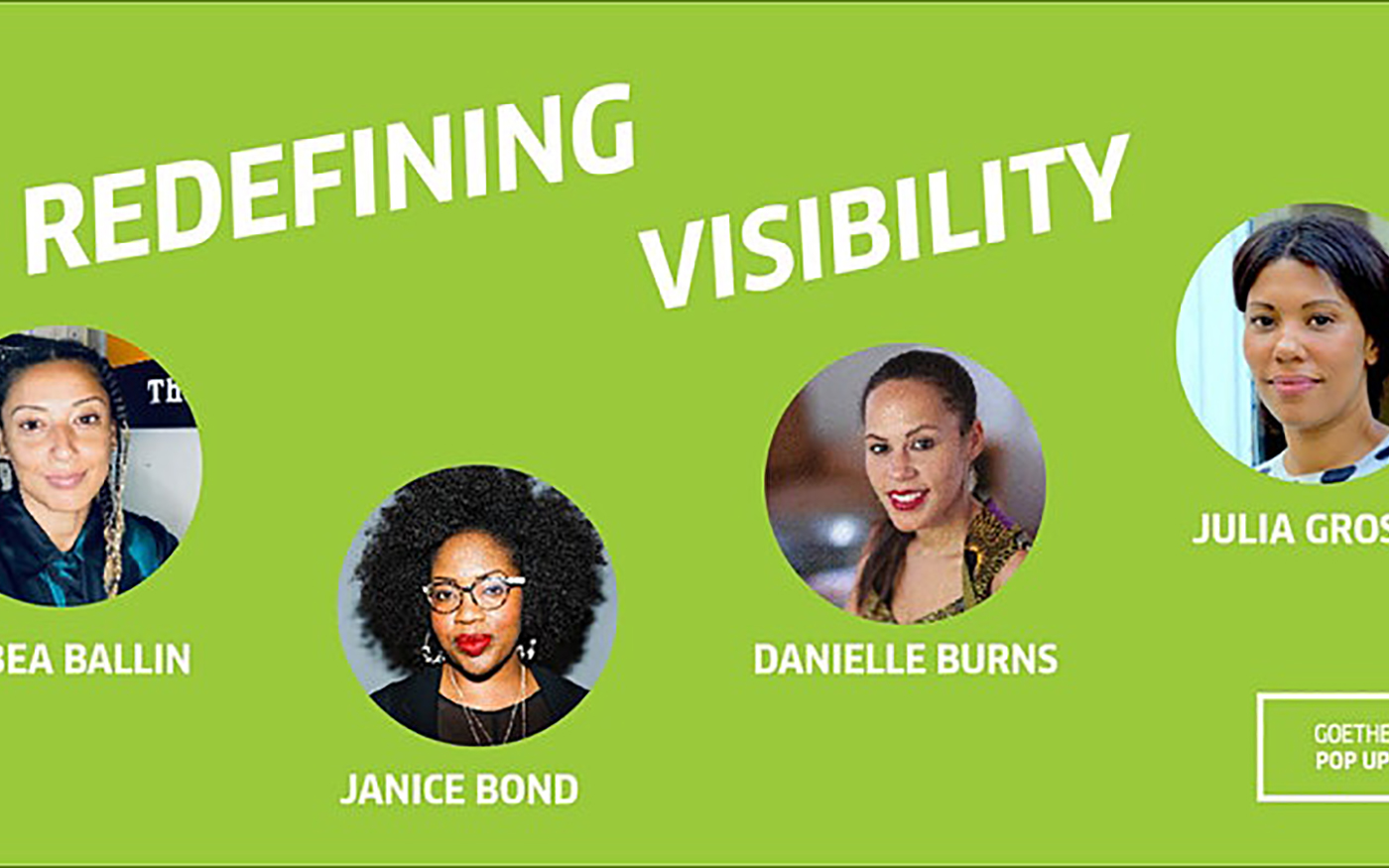 The conversation seeks to highlight collective creative action across three different types of spaces and locations, address the challenges of looking at art in the midst of a pandemic and provide an opportunity for artists and audiences to ask curators direct questions.

Join the conversation on Wednesday, December 2 at 1PM CST via Zoom at the link below.

Born in Germany, raised in Louisiana, Houston-based artist Rabéa Ballin earned her BFA in design at McNeese State University and her MFA in drawing and painting at the University of Houston. Her multi-disciplinary works explore the uniqueness of self-identity, hair politics, and social commentary. She documents these themes primarily through drawing, digital photography and various printmaking practices. In addition to working as an independent artist, she is a member of the all-female ROUX printmaking collective since 2011. Rabea has served as an artist board member at both Art League Houston and DiverseWorks, and has completed residencies at DiverseWorks, Tougaloo College and Project Row Houses. Rabea currently serves as department chair and assistant professor of art history and drawing at Lone Star College. She currently lives and works in Houston’s historical Third Ward community.

From Texas to Tokyo, local visual art exhibitions to international music festivals, Janice Bond‘s forward thinking/high-energy approach has been utilized to develop a myriad of cultural productions and experiences across the globe. Her interest and contributions to the arts stem from a passion for supporting the development of more transformative, inclusive, and sustainable creative ecosystems. From 2013 to 2015, she served as Director of Arts and Culture at IMAN with a focus of using art as a foundation and pathway for social justice and restorative healing for both Chicago’s Southwest Side and in similar marginalized communities around the United States. In 2015, The Art Allies was launched, an initiative created to educate and develop visual art collectors and arts entrepreneurs. In 2016, Janice Bond became the Director of Music and Social Programming for The Kimpton Gray Hotel in Chicago, Illinois, then Hotel Van Zandt in Austin, Texas. In 2020, she was appointed as the Deputy Director of  Contemporary Arts Museum Houston.

Danielle Burns Wilson serves as curator at the Houston Public Library and manager of the African American Library at the Gregory School. Wilson is also an adjunct professor at Lone Star College, North Harris Campus. From 2010- 2013 Wilson served as curator at the Houston Museum of African American Culture (HMAAC). With Michelle White of the Menil Collection, Wilson organized The Whole World Was Watching: Civil Rights Era Photographs from Edmund Carpenter and Adelaide de Menil and in 2011 she was a guest curator for Curate NYC. In 2016, she organized the popular exhibition Sunday Go To Meeting: African American Women and Church Hats in Houston.  In 2018, she opened, Chasing Perfection: The Work and Life of Architect John S. Chase. Wilson received the distinguished Pace Setters Award in 2014 from the Association of African American Museums (supported by the National Museum of African American History and Culture in Washington DC).

Julia Grosse is co-founder and artistic director of Contemporary And (C&), a dynamic platform comprising the publications C& Magazine and C& América Latina Magazine as well as C& Projects and C& Education. Grosse is a lecturer at the Institute for Art in Context at the University of the Arts in Berlin. She studied art history, German literature and media studies and worked as a columnist and arts journalist in London for the Tagezeitung (taz), Frankfurter Allgemeine Sonntagszeitung (FAS), Architectural Digest, and the Süddeutsche Zeitung. Grosse has published articles in various art publications and co-edited books, her publication “Ein Leben lang” (2018) was published by Hoffman und Campe. In 2020 she curated the festival “Friendly Confrontations: Festival für Globale Kunst und Institutionskritik” at the Kammerspiele München.