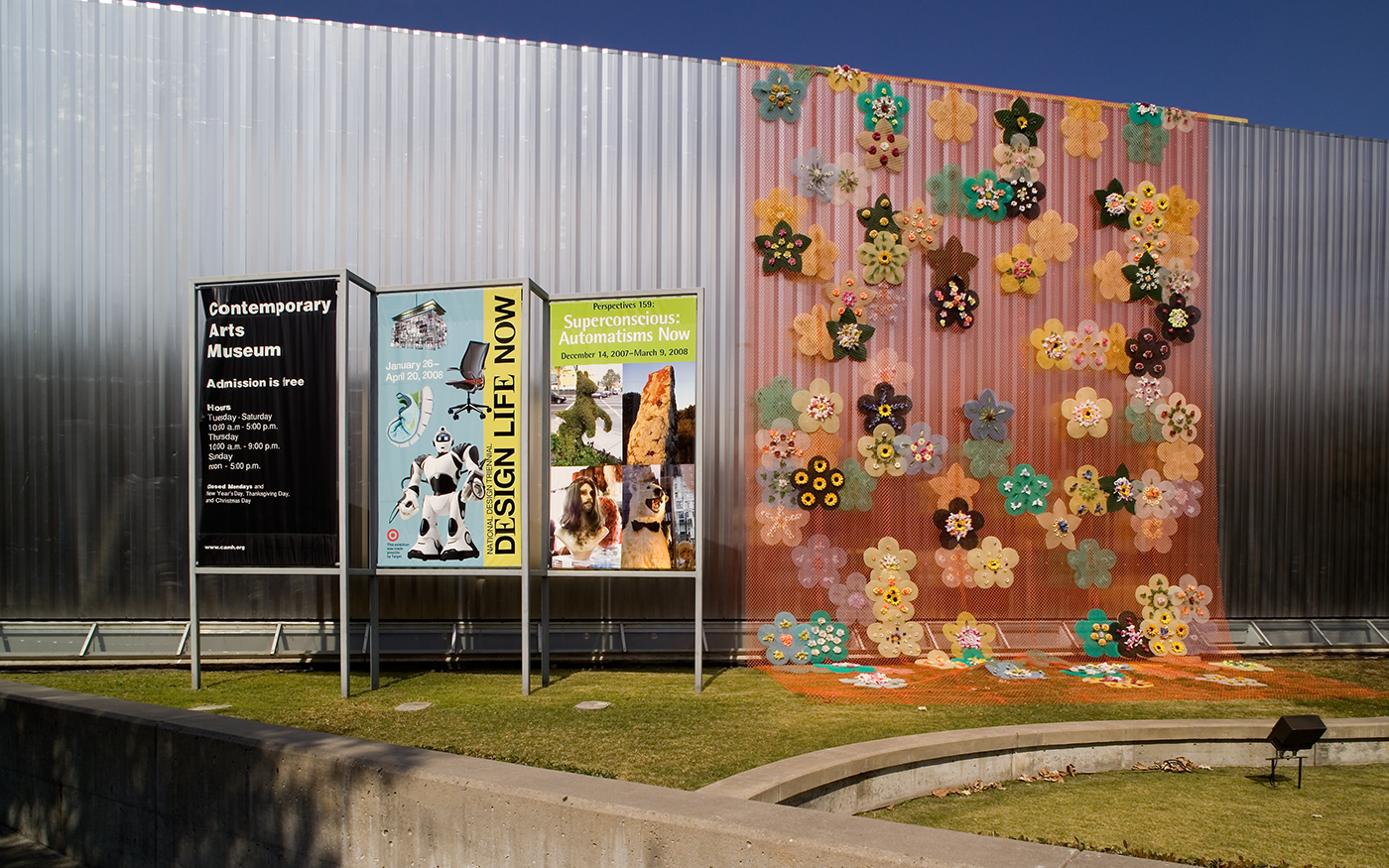 This winter, the Contemporary Arts Museum Houston will present the Design Life Now: National Design Triennial, the latest installment in an ongoing exhibition series from the Smithsonian’s Cooper-Hewitt, National Design Museum. Inaugurated in 2000, the Triennial seeks out and presents the most innovative American designs from the prior three years in a variety of fields, including product design, architecture, furniture, film, graphics, new technologies, animation, science, medicine, and fashion.

The work of more than 80 designers and firms, ranging from established design leaders such as Apple, architect Santiag Calatrava, and Nike, Inc., to emerging designers like Joshua Davis, Jason Miller, and Jessica Smith, will be featured throughout the Museum’s upstairs Brown Foundation Gallery. Design Life Now: National Design Triennial, made possible by Target, will be on view from January 26 to April 20, 2008. “The National Design Triennial illustrates the inextricable ties that bind art and everyday life in the 21st century,” said CAMH Interim Director Linda Shearer. “As a museum dedicated to presenting the premier art of our time it is important for us to exhibit a wide range of innovations in visual culture, whether they come from a painter’s easel or a designer’s drafting board.”

The Smithsonian’s Cooper-Hewitt curators Ellen Lupton and Matilda McQuaid and former curatorial director Barbara Bloemink, along with guest curator Brooke Hodge of The Museum of Contemporary Art, Los Angeles, sought out the experimental projects, emerging ideas, major buildings, new products, and media that were at the center of contemporary culture from 2003 to 2006. The curatorial team chose the designers and firms by group consensus, and, for the first time, solicited nominations from the public through a blog-style Web site, which brought in nominations for designers and firms such as Nicholas Blechman and Marsha Ginsberg.

“By displaying side-by-side the latest products and creative concepts from companies as diverse as Pixar, Google, Herman Miller, and NASA, the Triennial emphasizes the nearly infinite ways in which design plays a role in how we see, think about, and experience the world around us,” said Cooper-Hewitt director Paul Warwick Thompson.