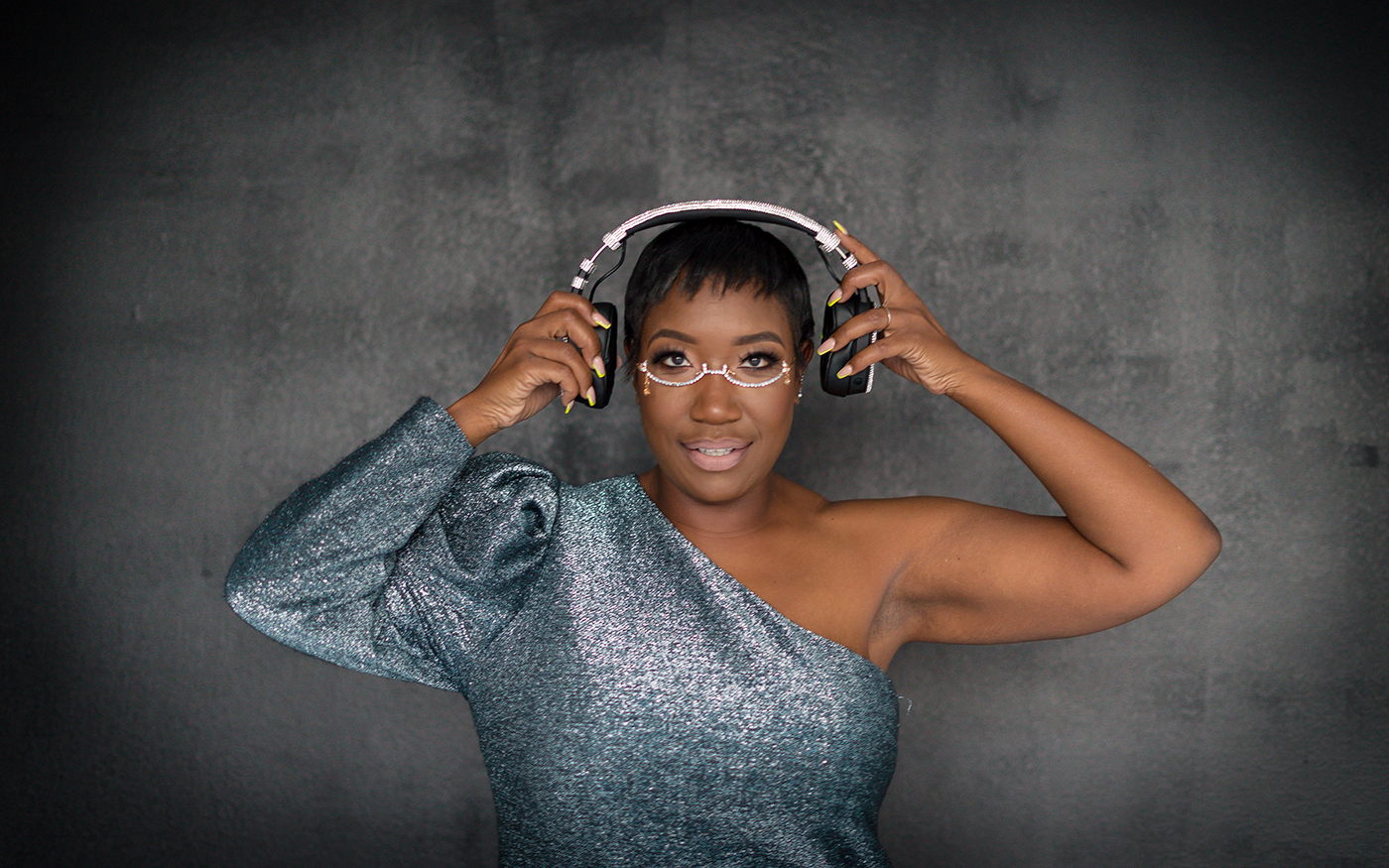 Join us for the first act of The Dirty South’s Sound Series curated by DJ Flash Gordon Parks! Visit the Museum for music on the plaza provided by DJ Supastar. In addition, there will be a SLAB on view by BG Porter, owner of SLAB Outlawz. The SLAB on view is curated by Ángel Quesada. Food will be available for purchase.

Supastar is a DJ, philanthropist, and on-air personality. She has been spinning since 2001, which led her to build a diverse palette for music. As an on-air personality, she spins on Mondays–Fridays for Houston’s 93.7 The Beat (iHeartRadio) and weekly for The Isiah Factor Uncensored on Fox 26. She also hosts her own podcast, She Got the Juice, along with another show called FACE THE BEAT on Sunday mornings that focuses on community issues, while also highlighting local leaders as well.

Supastar has graced national stages for the ESSENCE Festival, CIAA, Super Bowl, NBA All-star Weekend, and more. She has appeared on BET’s/Smirnoff’s reality competition “Master of the Mix,” and was the very first female DJ to spin for the NBA All-Star Weekend Jam Session in 2013. Her fondest professional experience was DJing for fellow Houston native, Beyoncé, and Jay-Z for a private event during the OTR I Tour. A local and celebrity favorite, with an impactful social media presence, DJ Supastar also works weekly as a host/MC, DJ, and influencer with several clubs, private events, celebrity parties, and corporate partners.

In 2005, Flash Gordon Parks published a book of photography and poetry called The Beautiful Side of Ugly with Eric Blaylock. TBSOU combined the poetic words of Blaylock with the striking images of FGP to document the beauty of urban areas of Houston, Texas.

He has also maintained several DJ residencies which range from Blues to Jazz to Soul/Funk to Hip Hop since 2004. As a DJ, he strives to educate the audience through carefully thought out selections. Flash Gordon Parks often collects, documents and lectures on the importance of Houston’s Rich Music History. He has lectured at such institutions as Contemporary Arts Museum Houston, Rice University, Art League Houston and more.

BG Porter is the owner of SLAB OUTLAWZ, a one-stop SLAB shop in North Houston. He has been working in the SLAB customizing business for the past two decades and is known far and wide throughout the southern U.S. from Texas to Louisiana region within the SLAB circles.

The soft top ride, owned by Rodney Brooks from Porter, Texas who helped BG envision this classic creation. Coated with the canonical “candy paint”, this Cadillac is a prime example of a pristine SLAB which utilizes the Fleetwood body.

Inside the car, a luxurious Hermès leather upholstery gives its passengers an added buoyancy on the road, adding d’Elegance to this seminal American car. The vehicle is fully equipped with a sophisticated hydraulic, audio system and personalized “pop-trunk” replete with its neon words. The “elbow” or wheels increase the drama another 15″–20″ on either side as well as behind on the fifth wheel. This is the epitome of what makes a Houston SLAB.

Ángel Quesada has been an active visual and cultural arts worker, ethnographer, and events producer in Houston, Texas for the past decade. His dedication to artists and experts outside academia often places him within underserved or under-recognized cultural and artistic communities throughout Houston. While at the Houston Arts Alliance Folklife program he was seminal to bringing to fruition the very first official SLAB Parade and Family Festival alongside Pat Jasper, Langston Collin Wilkins, Paul Wall, John Guess, the Houston Museum of African American Culture, and the City of Houston. In this context, Ángel brings to bear his relationships with respected SLAB creators and owners in the city and helps provide a window into this artistic component of the Houston car culture.

The Dirty South: Contemporary Art, Material Culture, and the Sonic Impulse is organized by the Virginia Museum of Fine Arts (VMFA) and curated by Valerie Cassel Oliver, Sydney and Frances Lewis Family Curator of Modern and Contemporary Art (formerly Curator/Senior Curator at CAMH for 16 years). Its presentation at CAMH is coordinated by Patricia Restrepo, Assistant Curator.