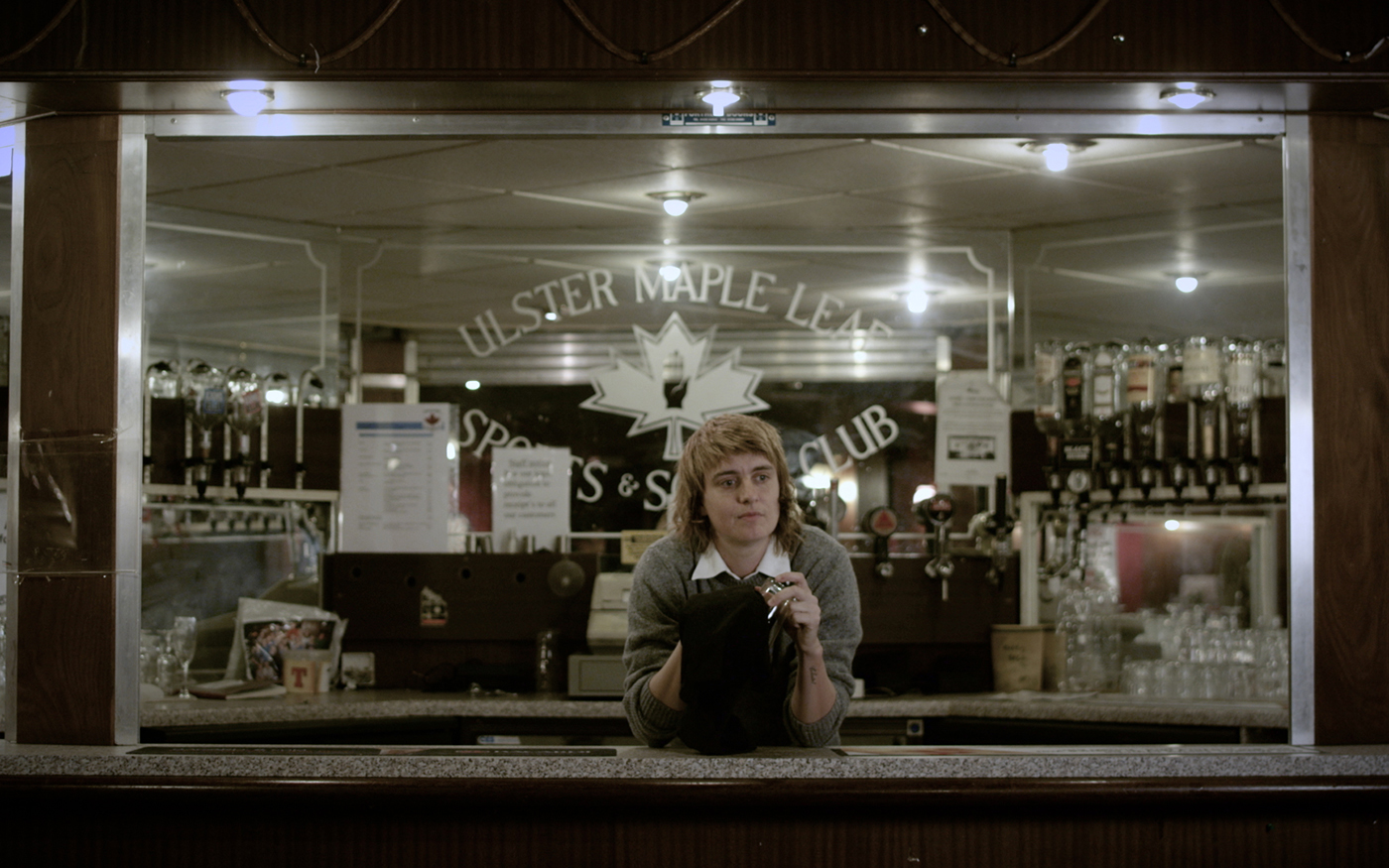 Catch this screening of Trouble (2019) by artist Mariah Garnett. The feature-length film features the American filmmaker connecting with her estranged Northern Irish father and discovering new things about his political past. By turns tragic and satirical, Trouble is equally a portrait of a family, a place, and a war.

In Trouble, Garnett mixes experimental and documentary modes of filmmaking to explore the performative nature of gender, sexuality, and identity, and insist upon the impossibility of presumed objectivity in documentary approaches. To this end, Garnett conceives of her films as intimate portraits of the relationship between herself and her subjects, and as key sites through which to process both personal and collective trauma.

This program is co-presented by Contemporary Arts Museum Houston (CAMH) and Aurora Picture Show in conjunction with the exhibition, Mariah Garnett: Dreamed This Gateway, on view at CAMH through August 28, 2022.

This event will take place at Aurora Picture Show. Doors will open at 7PM with the film starting at 7:30PM.

Parking is available in Aurora Picture Show’s parking lot and across the street at 2441 Bartlett Street.

Tickets are FREE and space is available on a first come basis.

In 1971, the BBC ran a special featuring filmmaker Mariah Garnett’s estranged father, David, which would change the trajectory of his life forever. David was born and raised a Protestant in Belfast, Northern Ireland and came of age into the Civil Rights movement of the late 1960s which exploded into the 30-year long conflict known as The Troubles almost immediately. He was sought out by the BBC because his girlfriend at the time was Catholic, and their love affair was framed as a Romeo and Juliet story. As soon as it aired, the couple received threats from both sides of the sectarian divide and immediately broke up. David cut all ties with family and friends, left Belfast later that year, and never returned.

Close to half a century later, his daughter, the director of the film, from whom he’d been estranged all of her life, tracks him down at his new home in Vienna, Austria, to make a film about his life and their relationship. She shows him the footage for the first time and naively tries to get him to return to Belfast to reunite with members of his family, which he refuses to do. What follows is a portrait of a family, a place and a war that is by turns psychedelic, tragic, and satirical. Garnett travels to Belfast, and uses previously recorded audio interviews with David to skillfully craft a lip-synced, cross-gender performance where she impersonates the youthful presence of her father and casts a transgender actress in the role of his girlfriend. The film cycles through various camera modes—narrative vignettes shot on a RED alongside verité style camcorder footage mixed with these verbatim reenactments—to create a fragmented account of a teenager struggling to find an identity in a rapidly deteriorating society, highlighting the complicity of media representation in this deterioration and its impact on individual lives. The layers of texture in this film mirror the fractured lens of history, and point to the impossibility of filmmaking as a container for “Truth.” In Trouble, it is a means of connection between an estranged parent and his adult child, a medium for drawing connections between political struggles and a way to highlight the complexities of representation and the construction of identity.

Mariah Garnett holds an MFA from California Institute of the Arts (CalArts) in Santa Clarita, California and a BA from Brown University in Providence, Rhode Island. A 2019 Guggenheim Fellow in Film & Video, her work has been exhibited both nationally and internationally at institutions including the Eli Marsh Gallery, Amherst College, Massachusetts; Los Angeles Municipal Art Gallery; Metropolitan Arts Centre, Belfast, UK; New Museum, New York, New York; SFMoMA, California; REDCAT, Los Angeles, California; the 2014 Made in LA Hammer Biennial, Los Angeles, California, and the Brooklyn Museum, New York, among many others. Garnett has received numerous awards and honors, including a 2016 Artadia Los Angeles Award. In 2021, her film collaboration with Dynasty Handbag, Weirdo Night, was featured in Sundance Film Festival New Frontiers. She currently teaches at the University of California, Los Angeles (UCLA).

Aurora Picture Show is a non-profit media arts center that presents artist-made, non-commercial film and video. We are dedicated to expanding the cinematic experience and promoting the understanding and appreciation of moving image art.