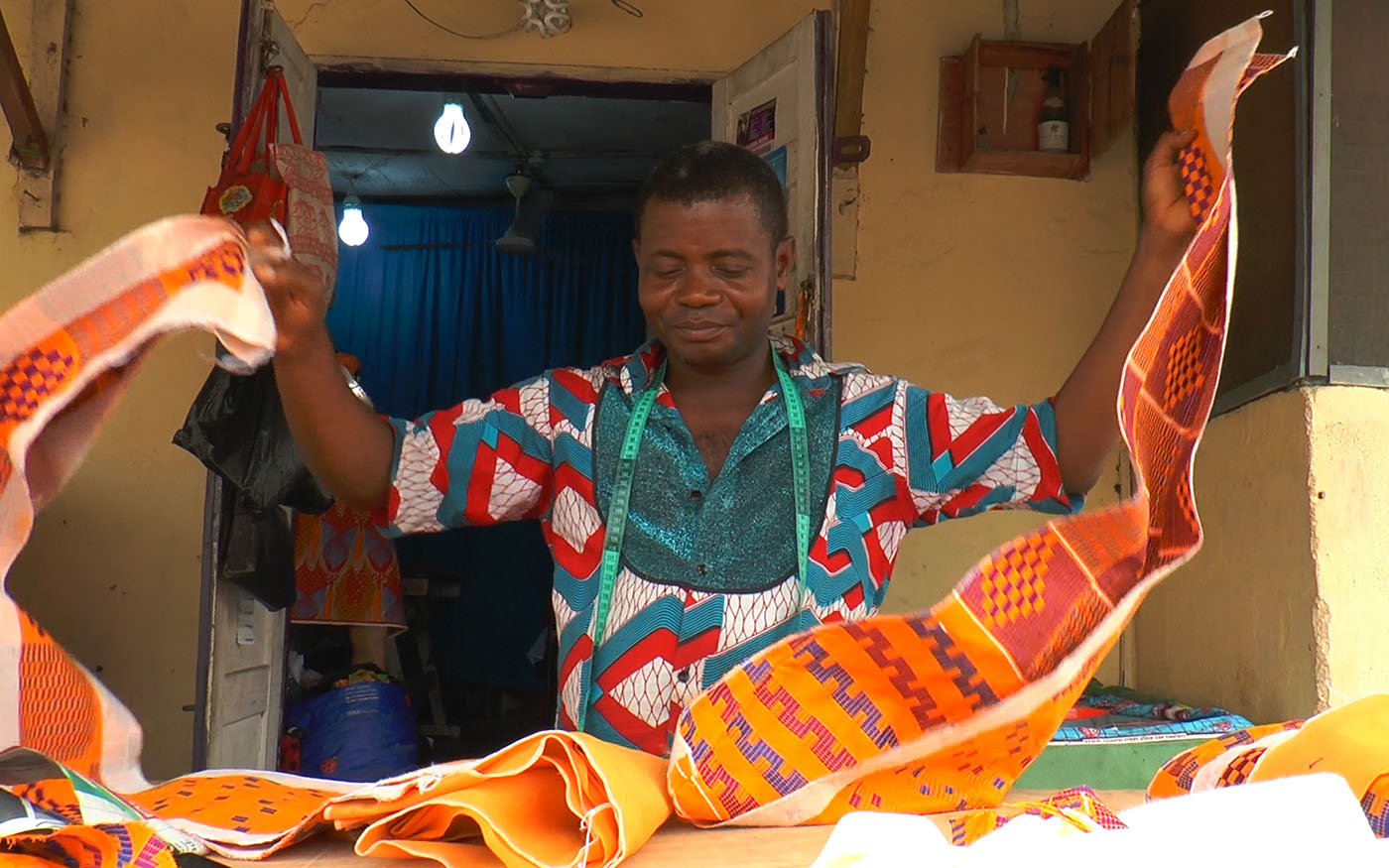 Catch this screening of Unity: Dress-scapes of Accra (2016), an ethnographic film about African fashion in the capital of Ghana directed by Mara Lin Visser.

Set in Accra, Ghana, the film is centered on the reemergence of African print in fashion. While following fashion designer Allan David and his wife, Cynthia, Unity shows the diversity of tailor-made fashion and hybrid styles, the ways that African wear is used, and the expression of culture through African prints. The process of sewing a dress reveals the marriage of both fabric and design, tradition and creativity, and husband and wife.

This program is co-presented by Contemporary Arts Museum Houston (CAMH) and The West African Film Festival in conjunction with the exhibition, Amoako Boafo: Soul of Black Folks, on view at CAMH through October 2, 2022.

RSVPs via Eventbrite are required for this event as space is limited. There will be a waitlist for those unable to obtain a ticket.

Please review CAMH’s safety protocols here. Social distancing and face masks are encouraged throughout the event. If there are questions or concerns regarding safety or accessibility, please contact ytorres@camh.org.

Mara Lin Visser is a visual anthropologist, food activist and filmmaker based in Amsterdam, Netherlands. Film as a medium gives Mara Lin the freedom to explore and express their thoughts about various topics in a natural way. They are part of the collective, ethnovision, which aims to bridge the knowledge gap between academics and a bigger audience using the power of audiovisual research methods. Currently, Mara Lin works at Cascoland and is setting up The Waste To Success, a collective which generates awareness around food waste, local and sustainable food by giving creative cooking workshops. Whether through film or by preparing and sharing food together, Mara Lin aims to connect people through knowledge and shared traditions.

Michael Nii Allan-David is the Creative Director/CEO of ALLAN DAVID COLLECTION. Regarded as one of Ghana’s Top Rated Fashion Designers, Michael designs fine and authentic African products for both Ghanaian and international markets. With creativity as his hallmark, he has numerous clients in Ghana and other countries, including the U.S., U.K, Kenya, Nigeria, The Netherlands, South Africa, and Germany among others. Michael was the recipient for the 2006 Gold Scissor Award and has participated in international shows in the U.S., Europe, and Africa.

About The West African Film Festival