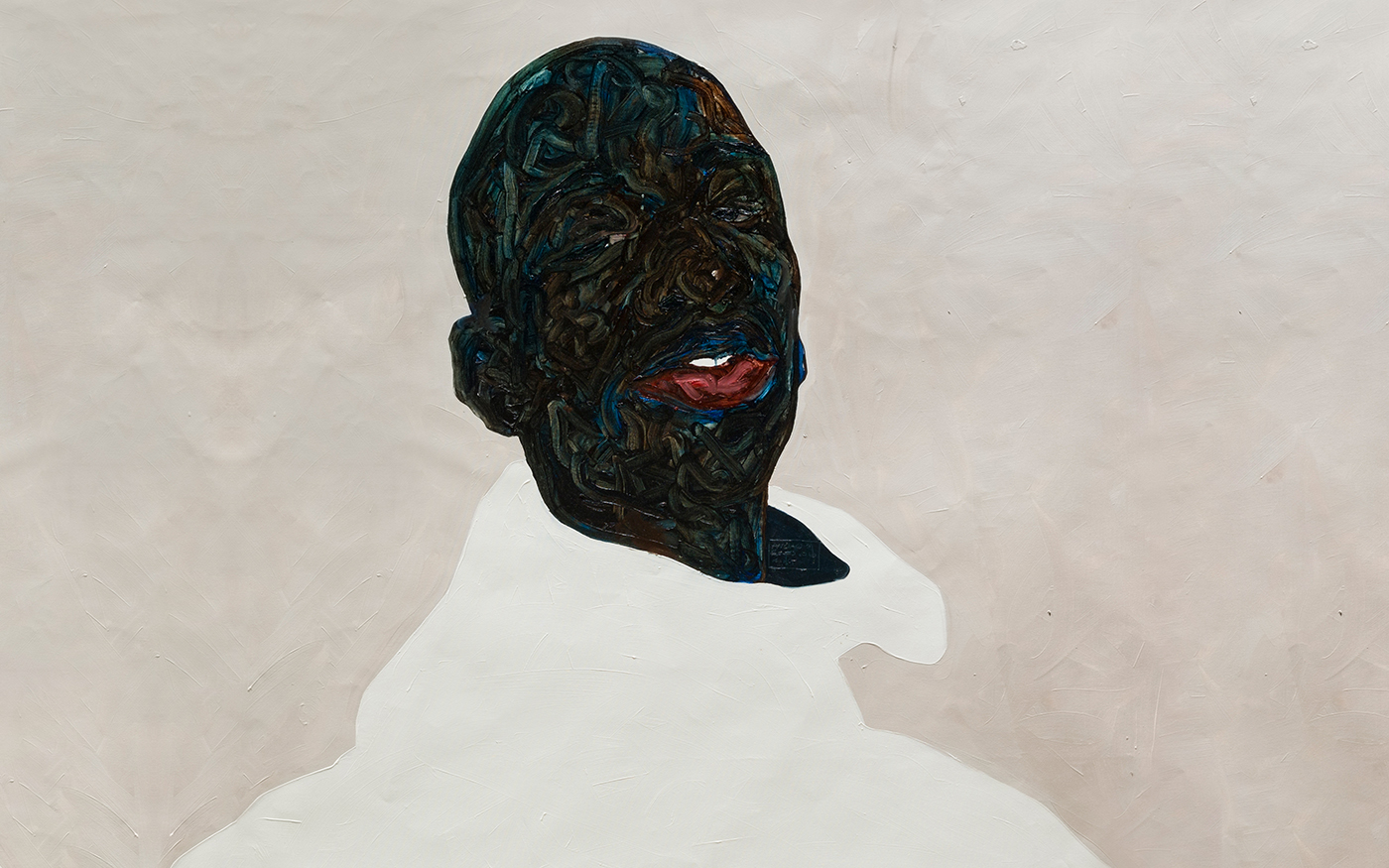 Join Amoako Boafo and curator Larry Ossei-Mensah for a preview of and discussion about the exhibition, Amoako Boafo: Soul of Black Folks. Learn more about the artist, his process, and the themes present in the work and exhibition.

The public opening of Amoako Boafo: Soul of Black Folks will take place on Thursday, May 26 from 7–9PM.

Registration for this event’s waitlist is currently open. RSVPs are strongly recommended as seats are limited. Walk-ins will be accepted, but seats will be given on a first-come, first-serve basis and availability of space in the gallery.

Amoako Boafo was born in 1984 and raised in Osu, Accra in Ghana. He studied at the Ghanatta College of Art and Design in Accra in 2007, before attending the Academy of Fine Arts, Vienna, Austria. Boafo was awarded the jury prize, Walter Koschatzky Art Prize in 2017 and the STRABAG Art award International in 2019 both in Vienna, Austria. In 2019, he participated in a residency with the new Rubell Museum in Miami, Florida and in 2020 collaborated with Dior for their Spring/Summer 2021 Men Collection. His work is widely collected by private and public collectors and institutions, most recently by Leopold Museum, Los Angeles County Museum of Art, Solomon R. Guggenheim Museum, Rubell Museum, Marieluise Hessel Collection, the Aishti Foundation, Centre for Curatorial Studies, Bard College, Hessel Museum of Art, The Pizzuti Collection of Columbus Museum of Art, and the Albertina Museum in Vienna.

Larry Ossei-Mensah is a Ghanaian-American independent curator and cultural critic who has documented contemporary art happenings for various publications including Uptown and Whitewall Magazine. His writings have profiled some of the most dynamic visual artists working today including Derrick Adams, Mickalene Thomas, Kehinde Wiley, Lorna Simpson, and street artist JR. As a curator, Ossei-Mensah uses contemporary art and culture as a vehicle to redefine how we see ourselves and the world around us. He has organized exhibitions at commercial and nonprofit galleries throughout New York City featuring a roster of critically acclaimed emerging and mid-career artists including Firelei Baez, ruby amanze, Hugo McCloud, Brendan Fernandes, and Derek Fordjour to name a few. Ossei-Mensah is also the Co-Founder of ARTNOIR, a global collective of culturalists who design multimodal experiences aimed to engage this generation’s dynamic and diverse creative class. ARTNOIR serves as a tangible extension of Ossei-Mensah’s curatorial vision of “bridging gaps.” ARTNOIR’s inaugural event was a conversation on art and gender justice featuring Wangechi Mutu, Julie Mehretu and Adrienne Edwards. He currently serves as Co-Chair on Russell Simmons’ RUSH Artist Advisory Board, the Guggenheim’s Young Collectors Council, MoMA’s Friends of Education and as juror for the 2016 PULSE Prize.

Special thanks to Denby Auble and Kerry Inman; Marley Lott; Penelope and Lester Marks; Roberts Projects, Los Angeles; and all lenders to the exhibition.

Amoako Boafo: Soul of Black Folks is presented in partnership between Contemporary Arts Museum Houston and the Museum of the African Diaspora (MoAD), San Francisco. The exhibition is curated by Larry Ossei-Mensah.