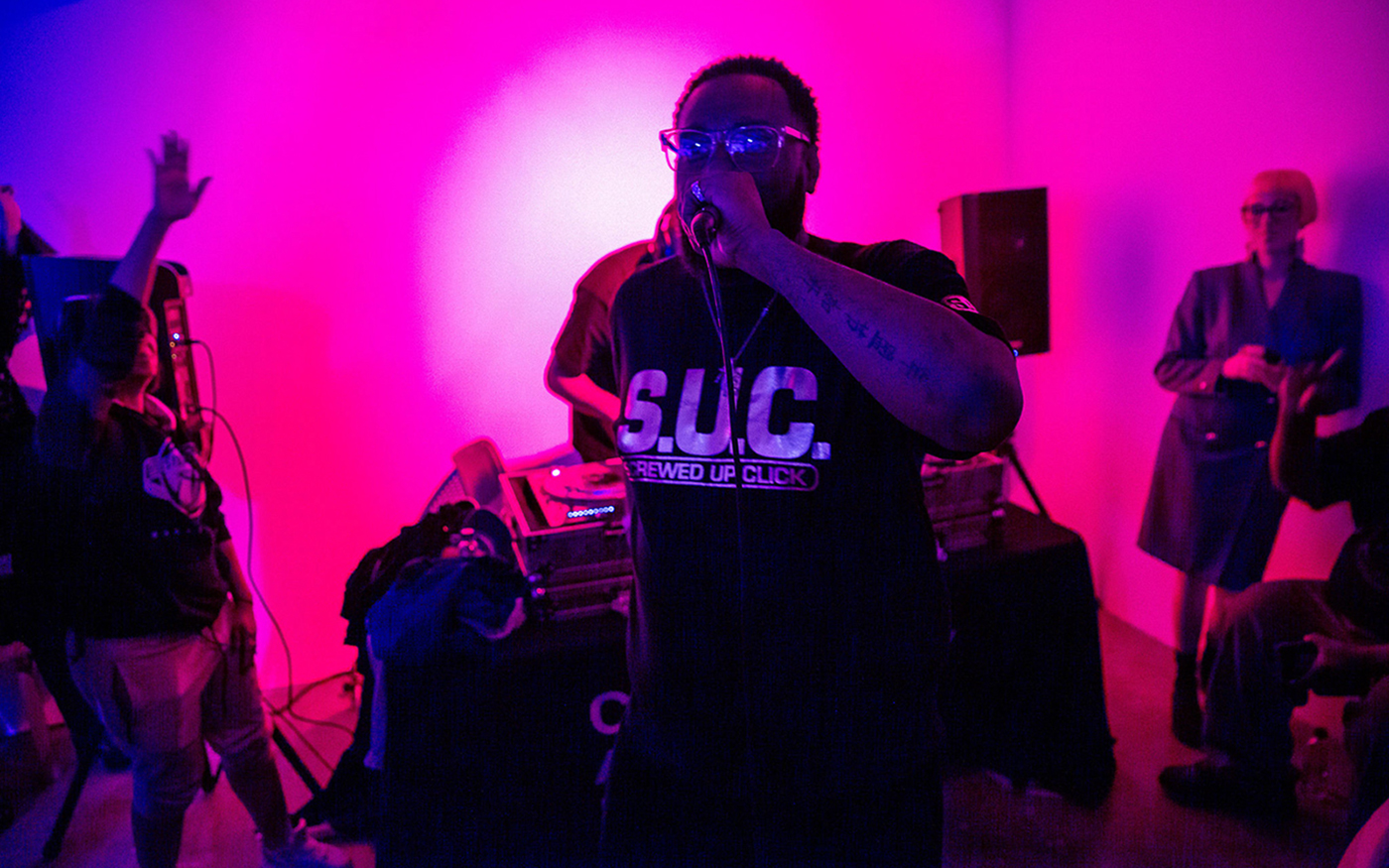 Join E.S.G., rapper and member of the Screwed Up Click, and independent hip hop educator Rocky Rockett in a conversation about their involvement in the exhibition Slowed and Throwed: Records of the City Through Mutated Lenses.

Find this program at the scheduled time on our Instagram.

Rocky Rockett is an artist manager and organizer from Houston who has dedicated herself to hip hop education and philanthropic missions associated with the music industry. She has contributed to hip hop related content for both Houston Trend and Rolling Out Magazine. Rocky is a research advisor for the DJ Screw-centered exhibition Slowed and Throwed: Records of the City Through Mutated Lenses at Contemporary Arts Museum Houston, and she regularly acts as a liaison between institutions and some of Houston’s hip hop greats in areas surrounding legacy and education.