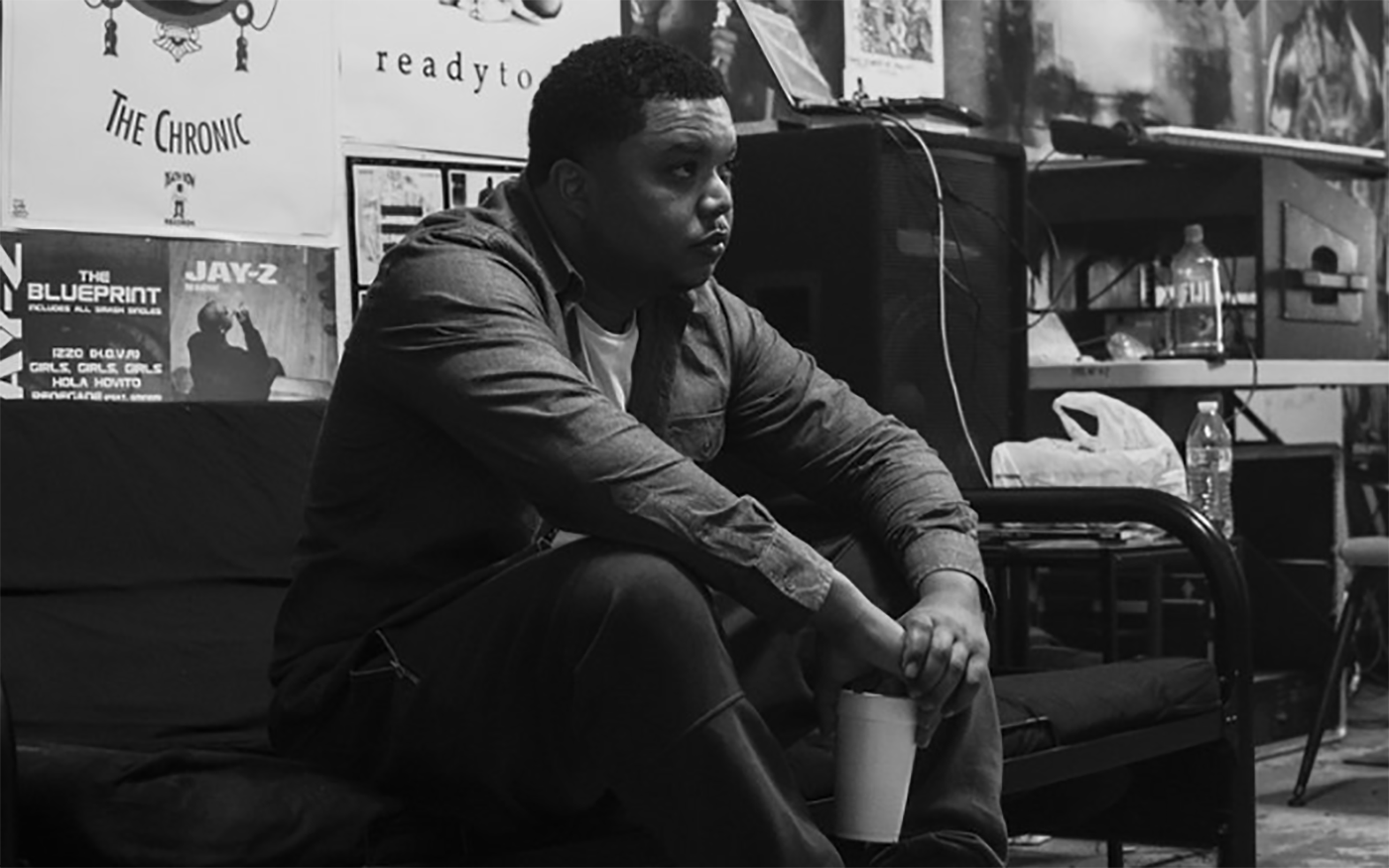 Join us for a live recording of a podcast with Donnie Houston, joined by creatives Mike Frost and Jorgey, in the exhibition The Dirty South: Contemporary Art, Material Culture, and the Sonic Impulse. The podcast will discuss the importance of the South in the history of music and culture.

RSVPs are required as space is limited. Advance tickets will be made available for CAMH Members on Monday, November 1 at 12PM. Click here to find out more about CAMH Membership.

All remaining tickets will be available on Monday, November 8 at 12PM.

Please review CAMH’s safety protocols here. Seating will be socially distanced and masks are required throughout the event. If there are questions or concerns regarding safety or accessibility, please contact ytorres@camh.org.

Podcast host, budding rap historian, DJ, and producer, the man born Dondric Joseph has constantly sought elevation out of his talents. From his bedroom picking through vinyl as a teenager to going on to graduate from Texas Southern University (Houston) with a degree in Journalism, he always had a knack and desire for telling stories. Whether it be behind the turntables cueing up hits to put smiles on people’s faces, creating an atmosphere that transports you to a moment or scene in time with music production, or simply a laugh or two via voice acting. Donnie Houston’s list of guests and collaborators include Bun B, J Prince, Mike Dean, Matt Sonzala, Slim Thug, and 9th Wonder.

Mike Frost is a designer and photographer. He began his art career designing flyers for local bands and the Houston rave scene in the mid–late ’90s. In 1999, he made the jump into working with Houston’s underground rap artists and labels. Shortly after Michael “5000” Watts and G-Dash formed Swishahouse, they asked Mike to join as their Creative Director. He quickly redefined the game, producing iconic album covers for artists from music labels like Swishahouse, Rap-a-Lot, DopeHouse, and many more. By the mid-2000s, major labels had taken notice of Houston’s exploding underground rap scene, which propelled Mike to become a multi-platinum photographer and designer. As demand for his covers increased, he created his art collective SLFEMP. His creative approach is at times loved and hated, simultaneously, by virtue of his own design philosophy. Through a collaborative team approach, he managed to redefine Houston rap & hip hop album covers and photography.

​Jorge “Jorgey” Casanova (b. 1990) is a Mexican-American visual artist from Houston, Texas with an extensive background in design,⁣ directing, photography, brand development, and event curation. A full-time freelance artist since 2009, ​Jorge was self-taught in design and creative media outlets by age 19.⁣ Dedicating almost ten years to documenting and contributing to southern culture, Jorge has created a large recognition for his name as an artist and brand.⁣ Working with global identities and established music artists, it is the creative passion that drives Jorge—a singular desire to create art that will inspire receivers of his work. ​