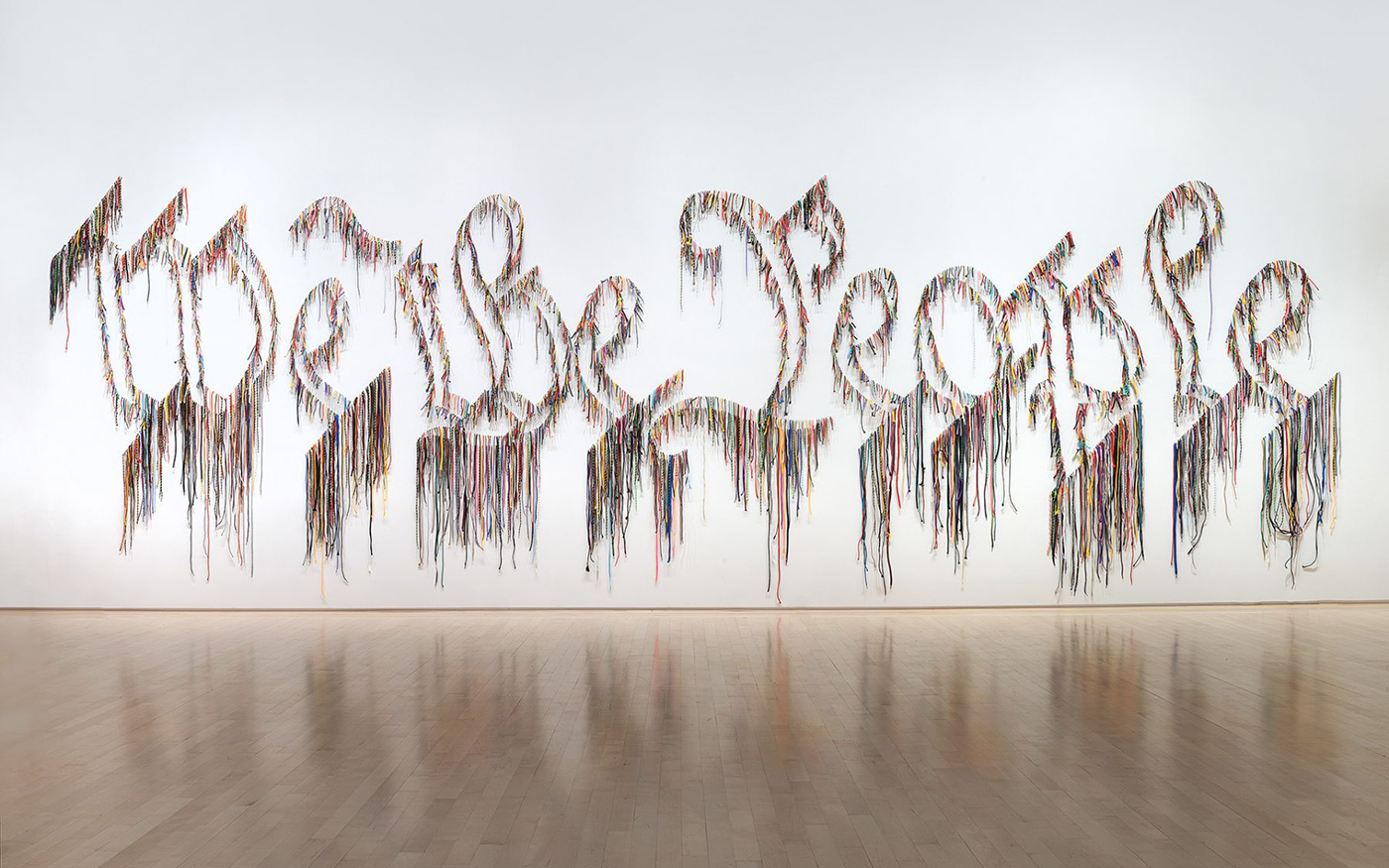 Contemporary Arts Museum Houston (CAMH) is pleased to present Nari Ward: We the People, the first museum survey in Texas of the work of artist Nari Ward (b. 1963, St. Andrew, Jamaica). The exhibition brings together works spanning Ward’s 25-year career.  A public opening reception will take place on the evening of Thursday, August 15, 2019 from 6:30–9PM, with the exhibition remaining on view through Saturday, November 30, 2019. As always, admission to CAMH is free.

Since the early 1990s, Ward has produced sculptures by accumulating staggering amounts of humble materials and repurposing them in surprising ways. His approach draws from a variety of art historical and folk traditions and reflects the textures of Harlem, where he has lived and worked for the past 25 years. Seeking out the personal and social narratives embedded in materials, he conceives of his sculptures as tools for articulating relationships between people. Over the past three decades, he has addressed topics such as historical memory, political and economic disenfranchisement, racism, and democracy in an effort to express both the tenuousness and the resilience of the artist’s Harlem community—a struggle that remains relatable in communities across the United States.

Ward first rose to prominence in the early 1990s after attending art school in New York, New York and participating in The Studio Museum in Harlem’s prestigious residency program. Upon completion of the program, Ward installed Amazing Grace (1993) in the deserted Harlem firehouse that is now his studio. In this installation, recreated at CAMH, viewers walk atop a pathway made of fire hoses nailed to the floor in a dimly lit space. The path is surrounded by rows of discarded baby strollers while “Amazing Grace,” sung by Mahalia Jackson, loops overhead. As with other early works, Ward created Amazing Grace from raw materials scavenged in his neighborhood. Accumulated and transformed, these materials evoke the physical and socioeconomic realities of Harlem in that time. More broadly, the work conveys a sense of presence and absence suggested through its patinas of use and abandonment and its engagement of spiritual content.

Ward’s burgeoning career as an artist also coincided with a proliferation of international group shows in the 1990s, many of which included his work. Owing to its explorations of historical patterns of migration and displacement—particularly those tied to chattel slavery—and the rhetorics of inclusion and exclusion that form this country’s foundation, Ward’s work was poised to address this global expansionism. With the increased policing of national borders today, Ward’s work gains further relevance.

Ward has long probed concepts of identity, displacement, and belonging through his sculpture. He moved to New York from Jamaica as a child, and his work frequently refers to the migratory and diasporic experiences so many United States citizens share. His participatory work Naturalization Drawing Table (2004) offers museum visitors an opportunity to experience a bureaucratic environment that mirrors the potentially intimidating process of applying for citizenship.

We the People (2011) is the namesake work of the exhibition. This familiar phrase is taken from the Preamble to the Constitution of the United States, which describes the core values the Constitution exists to achieve: effective and democratic governance, justice, freedom, and equality. Ward spells this phrase out in Old English lettering outlined with thousands of multicolored shoelaces. In doing so, he raises a fundamental question: Who is “we”? Multiple answers emerge: “we” may be people fractured by divisive partisan politics, but “we” are also resilient, creative, and democratically engaged. Ward’s work demonstrates how a gathering—whether of people or objects—can be a catalyst for transformation.

A fully illustrated catalogue co-published by the New Museum and Phaidon Press accompanies the exhibition. The catalogue includes an interview with Nari Ward conducted by Lowery Stokes Sims, an interview with Okwui Enwezor conducted by Massimiliano Gioni, and newly commissioned essays on the artist’s work by Bennett Simpson, Lauren Haynes, and Gary Carrion-Murayari.

The catalogue is now available for purchase in the CAMH Museum Shop. 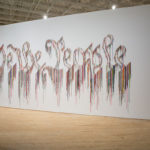 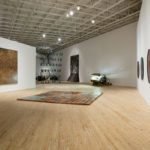 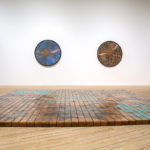 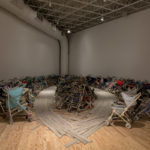 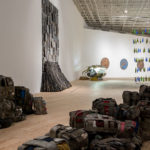 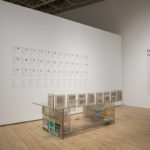 Nari Ward: We the People … not only begs important socio-economic questions, but the show also bullseyes the mark in contemporary art.
—Southwest Contemporary

All his work starts with the body and continues as a way to articulate relationships among people.
—Visual Art Source

Nari Ward: We The People is organized by the New Museum of Contemporary Art, New York, New York.

Nari Ward: We the People

Naturalization Drawing Table will be activated on select Saturdays throughout the exhibition. Check camh.org for more details. Please note that we recommend arriving early and participation is not guaranteed.