Free from the land-use and zoning ordinances that shape other large American cities by separating residential, commercial, and industrial areas, Houston allows a mixed-use approach where disparate architectures and functions blend. In this often chaotic, jarring urban topography, many Houston artists have been able to carve out spaces and opportunities for themselves, their work, and their communities. No Zoning: Artists Engage Houston is the first museum exhibition to consider the current and past efforts of regional artists working in the urban environment.

No Zoning will include examples and documentation of important city interventions and visionary structures from the 1980s to the present. The exhibition will incorporate a combination performance, lecture, and video screening space that will present special programs during the museum’s extended Thursday evening hours. In addition, a series of special artistic programs and educational tours will be located throughout the city.

Laboring alone and in collaborative groups—and often simultaneously exhibiting in established museums and galleries—Houston artists have built art works, launched alternative art-presenting venues, and staged performances and events throughout the city. “Whether there is a direct correlation between the city’s lack of zoning and its inspired do-it-yourself artistic culture can be debated. It’s clear though, that Houston is an exceptionally art-permeable city where artistic entrepreneurship has flourished,” says the exhibition’s co-curator Toby Kamps. 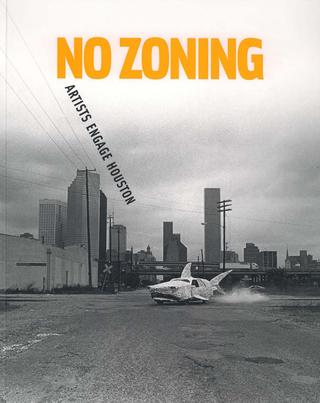