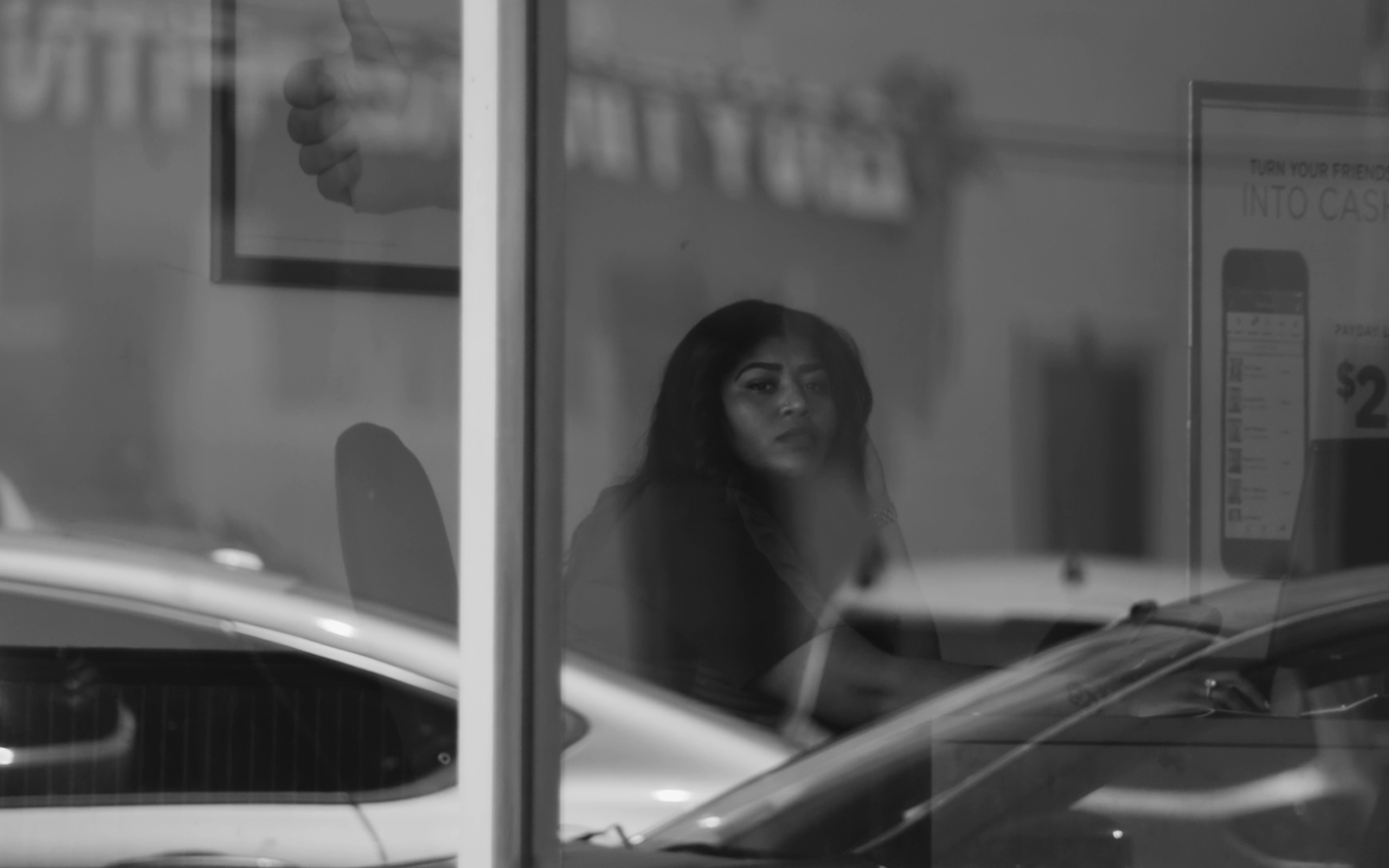 Due to CAMH’s suspension of in-person public gatherings, a modified presentation of this discussion premiered on Facebook Live at the event’s scheduled time.

Join us for a discussion in conjunction with the exhibition Garrett Bradley: American Rhapsody, specifically the work Alone (2017), which offers a glimpse into the life of Aloné Watts whose partner is incarcerated. Panelists LaKeidru Blaylock, Executive Director of Breaking Chains Making Amends and also the Chair of the Houston Chapter of Texas Inmate and Families Association (TIFA); Taylor Code, author and poet; and Jennifer Erschabek, Executive Director of TIFA have all been directly impacted by the criminal justice system. Additionally, moderator Jay Jenkins works with the Harris County Project Attorney at the Texas Criminal Justice Coalition to promote broad youth and adult justice reforms in Houston, Texas. Their discussion will explore the impact of having an incarcerated loved one both through their work and personal experiences.

LaKeidru Blaylock currently serves as the Executive Director of Breaking Chains Making Amends, a nonprofit that is focused on breaking the generational cycle of mass incarceration through scholarships, mentorship, and re-entry services.  At this time, she is also the Chapter Chair of the Houston Chapter of Texas Inmate and Families Association (TIFA), which actively supports the families in their journey through the incarceration process.

Blaylock co-hosted a successful radio show for three years, Set The Captive Free, that focused on reconnecting and keeping families connected with their incarcerated loved one through the airwaves.

She has served on the board of directors for several non-profit organizations through the years as her awareness and educational motivation has been a personal journey.  She is the daughter of an incarcerated parent, who served a total of 30 years of her life in and out of prison, so she knows all too well the impact that incarceration has on families.  As a parent of two teenage boys, she understands both sides, having a relationship with an incarcerated parent, as well as educating her children and family in preventing incarceration.

Blaylock’s mantra?  “When you help those that ask, you’ve waited too late”

Taylor Code is an author and poet.  He has led hundreds of writing workshops in Los Angeles County classrooms, juvenile detention centers, and probation camps.  He uses poetry, music, and rites of passage work to promote healing, education, and restorative justice in the lives of incarcerated and highly at-risk youth and young adults.

His first publication Creations Of a Divine Entity (CODE) (2018) vividly illuminates Code’s redemptive healing evolution from traumatized child to incarcerated gang member to spoken-word poet, youth mentor, and restorative justice advocate. Through this work, he has created a powerful road map for others to follow.  Code also sits on the board of directors at Street Poets Inc., the organization that helped him to turn his own life around. He is also a member of the Anti-Recidivism Coalition (ARC).

Jennifer Erschabek is the Executive Director of the Texas Inmate Families Association (TIFA) and has been involved with the Texas Department of Criminal Justice (TDCJ) for the last 18 years as a mother whose son was incarcerated in the TDCJ for over 13 years and is now on parole. Erschabek has been involved with TIFA for over 12 years and has been Executive Director for the last 9 years. She retired from the Texas Department of State Health Services after 29 years of state service in health research, program planning, and management. Erschabek has a BS from Abilene Christian University (Texas) with extensive graduate hours in public health research and program management from the University of Texas Health Science Center (Houston) and Texas State University (Houston).

Jay Jenkins is the Harris County Project Attorney at the Texas Criminal Justice Coalition (TCJC). Since joining TCJC in 2014, he has promoted broad youth and adult justice reforms in Houston, Texas and the surrounding areas. Jenkins received his Juris Doctor from Northwestern University School of Law (Evanston, Illinois), graduating magna cum laude in 2009. While at Northwestern, he worked at the Bluhm Legal Clinic’s Children and Family Justice Center, focusing on a number of youth justice issues. In his third year, Jenkins was the lone law student at the newly formed Juvenile Post-Dispositional Clinic, where he promoted policy reform throughout Chicago while also advocating on behalf of juvenile clients. Jenkins was admitted to practice law in the State of Illinois and worked as a civil litigator in the private sector for three years. He went on to work in Washington, D.C., for the September 11th Victim Compensation Fund, assisting the United States Department of Justice in its evaluation of claims and implementation of legislation passed in 2010. At TCJC, Jenkins has researched and pursued reforms related to over-policing and prosecution, while also reimagining the local bail system and supporting indigent defense, and he was instrumental in the development of a first-of-its-kind data dashboard that visualizes nearly one million criminal case outcomes in Harris and Dallas Counties.