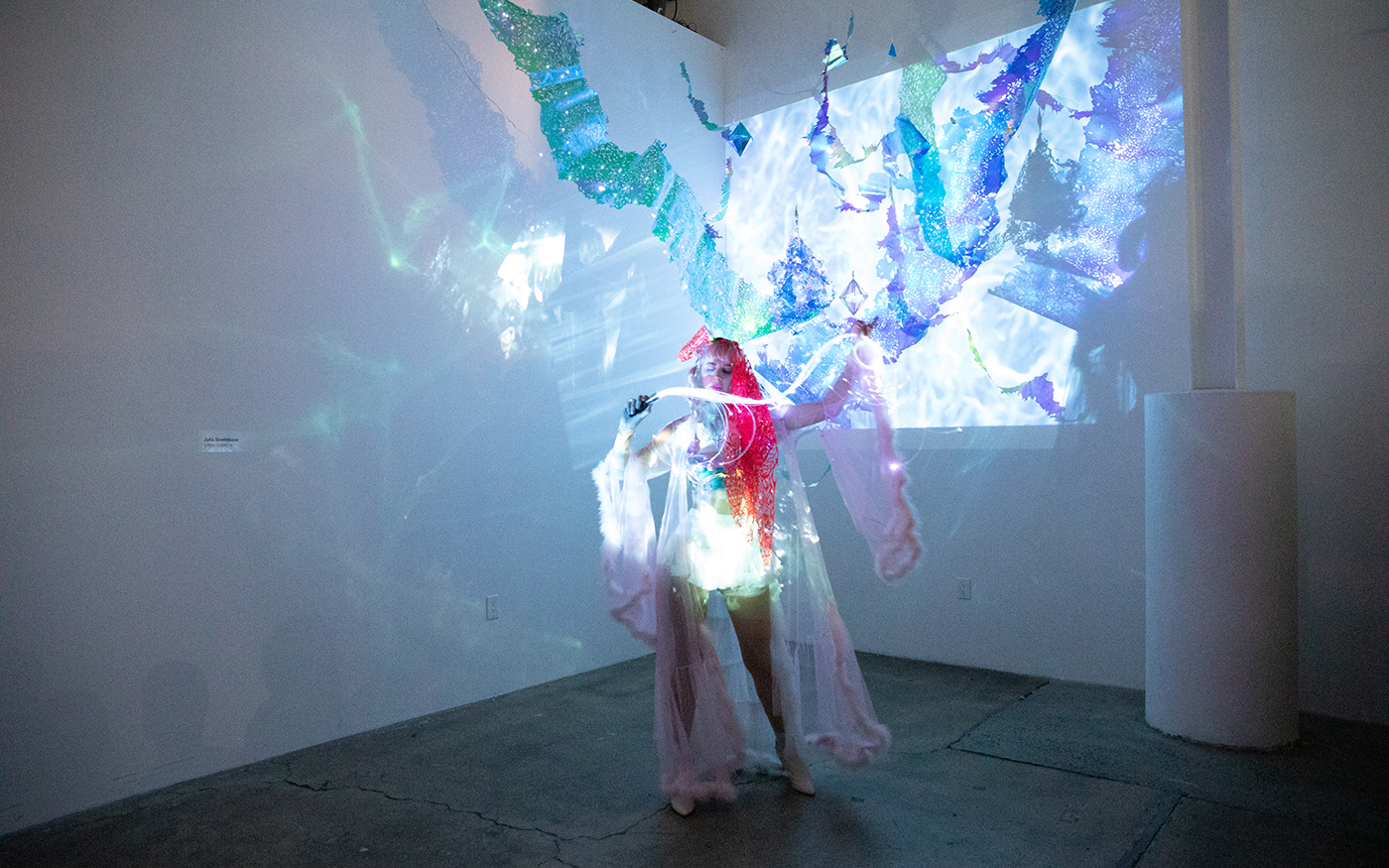 Following the Words & Art reading on Thursday, September 23 at CAMH, CAMHLAB artist-in-residence Julia Sinelnikova will present a special public performance as “The Oracle.” Featuring light, music, poetry, and movement, the performance focuses on re-centering energies after a tumultuous year around the world. The ritual and incantation channels a meditative and trance-like effect to cleanse and foster creativity. The performance will run 15–20 minutes.

Sinelnikova has presented their work at The Oulu Museum of Art (Finland), and Williamsburg Art & Historical Center (Brooklyn, New York). They have also exhibited site-specific installations for Miami Art Week/Art Basel annually since 2011. A singer-songwriter and DJ, they performed on a live FM radio show in 2020 in Upstate New York, as well as released their debut streaming single under the pseudonym ORACLE666. In 2021, they released their debut music video on the Houston Chronicle and Get Out! NYC Magazine. They recently performed at Elsewhere Brooklyn and opened Wynwood Pride with a DJ set for Charli XCX. They hold an MFA in Sculpture from Queens College, as well as a BFA in Sculpture from The Fashion Institute of Technology (SUNY). They live and work in Brooklyn, New York.