The work of Russell Crotty begins in the self-built observatory close to his Malibu home. Here, Crotty records his findings, without the aid of photography, and later transfers them to diagrams and charts, which form the basis of his night sky drawings. Studies of star clusters, constellations, and planets evolve into intricate drawings in the artist’s studio, where his memory and imagination collide with empirical observation. Rendered in black ballpoint pen, Crotty’s labor-intensive drawings embody his personal observations and reflections, as he overturns traditional notions of space and dimension to create a universe uniquely his own.

Russell Crotty, which presents 14 works by the artist, includes drawings in various forms and styles of presentation. In his globe installations, Crotty merges two and three dimensions, as his drawings are wrapped around Lucite spheres of various sizes and then suspended from the ceiling, inverting our notions of planet and sky. The view of outer space to which we are accustomed is literally turned inside out, as Crotty illustrates that the sky is not merely a flat backdrop, but a three-dimensional space through which we travel.

Additionally, Crotty incorporates his drawings into oversized journal-like books, the scale of which again manipulates our sense of place in the cosmos. Illustrations of specific celestial events and the nighttime Malibu landscape fill the pages of these large hand-made volumes. Anecdotal text and notations from Crotty’s field expeditions, as well as his own poetry, accompany these visual narratives of the stars.

“Russell Crotty is an ideal exhibition for the Contemporary Arts Museum Houston,” said Senior Curator Lynn Herbert. “Reflecting the spirit of the Museum’s mission, Crotty intersects a variety of fields, creating work that transcends the boundaries that would otherwise confine it. With painstakingly detailed drawings that offer a unique combination of science, craftsmanship, humor and wonder, Crotty engages viewers in an exploration of a universe which is seemingly familiar, but utterly singular.”

Russell Crotty is the 138th exhibition in the Contemporary Arts Museum Houston’s long-running Perspectives series and is curated by Senior Curator Lynn Herbert. A Perspectives-format catalogue accompanies the exhibition and contains an essay by Herbert, reproductions of exhibited work, and documentation on the artist’s career.

Russell Crotty, the artist’s first Texas exhibition, is organized by the Contemporary Arts Museum Houston as part of its long-running Perspectives series. 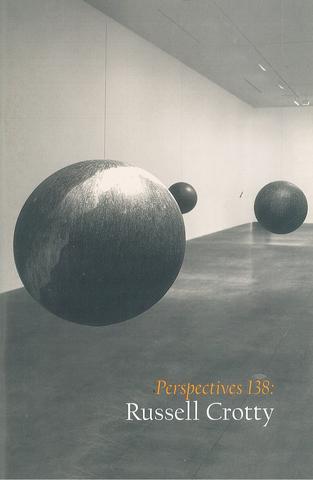