The Contemporary Arts Museum Houston provides a respite from the searing summer heat in this two-person exhibition simply titled, Perspectives 162: Snow, on view July 17 – October 5, 2008. The exhibition is the first museum exhibition for Los Angeles-based conceptual artist Allie Bogle and Houston-based photographer Libbie Masterson, and features installation work by both artists. For Perspectives 162: Snow, both Bogle and Masterson have created immersive, interactive environments in which viewers are invited to either playfully engage or sit in quiet meditation.

In Antarctica 360º, 2008, a new installation that Libbie Masterson has created for this exhibition, the artist invites museum visitors to immerse themselves in a dramatic 360º view taken at the Earth’s most southern polar region. Using photographic transparencies mounted on seven-foot light panels, Masterson recreates an actual panorama landscape digitally frozen in time. Reminiscent of the Victorian-era stereogram, designed at the close of the last century to give those hungry for adventure access to the world, Masterson provides audiences with a 3D experience that feels more like HDTV than pure photography. The effect is a deeply moving and transcendent space in which viewers are given a snapshot of the natural world that is slowly disappearing.

For Snow, Allie Bogle recreates her installation, Untitled (I Love You More Now That You’re Gone), 2007. The work features an interactive environment created with artificial snow. This semblance of nature—echoed countless times in the artifice of Hollywood and television—is brought into a real-life setting as visitors are able to feel, even play, in a “snow”-filled room. Bogle considers this work a collaboration with audiences in that visitors serve to not only activate the space but also leave their own imprint in the snow. Bogle allows us to suspend our logic and engage in the idyllic possibilities of the man-made.

In their respective works, each artist speaks to landscape, but questions the viewer’s perception of what is natural and what is man-made. The artworks relate to social issues surrounding contemporary society’s disconnection from nature and its simultaneous desire to “recreate” the natural, despite the spectacle of artificiality.

Libbie Masterson is a graduate of California College of the Arts (BFA, 1995) and subsequently studied at Parson’s School of Design in Paris. She has exhibited in Houston at Barbara Davis Gallery, Lawndale Arts Center, and Meredith Long Gallery, as well as at Nordic Heritage Museum and Bubba Mavis Gallery, both in Seattle.

Allie Bogle is a graduate of University of California, Los Angeles (BA, 2004) and California Institute of the Arts, Valencia (MFA 2008), and also studied at Mountain School of Art, Los Angeles. Her work has recently been shown at Los Angeles Contemporary Exhibitions; L Gallery at CalArts, Valencia; and Arden2, Costa Mesa. 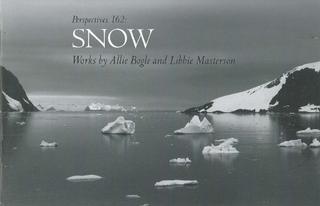