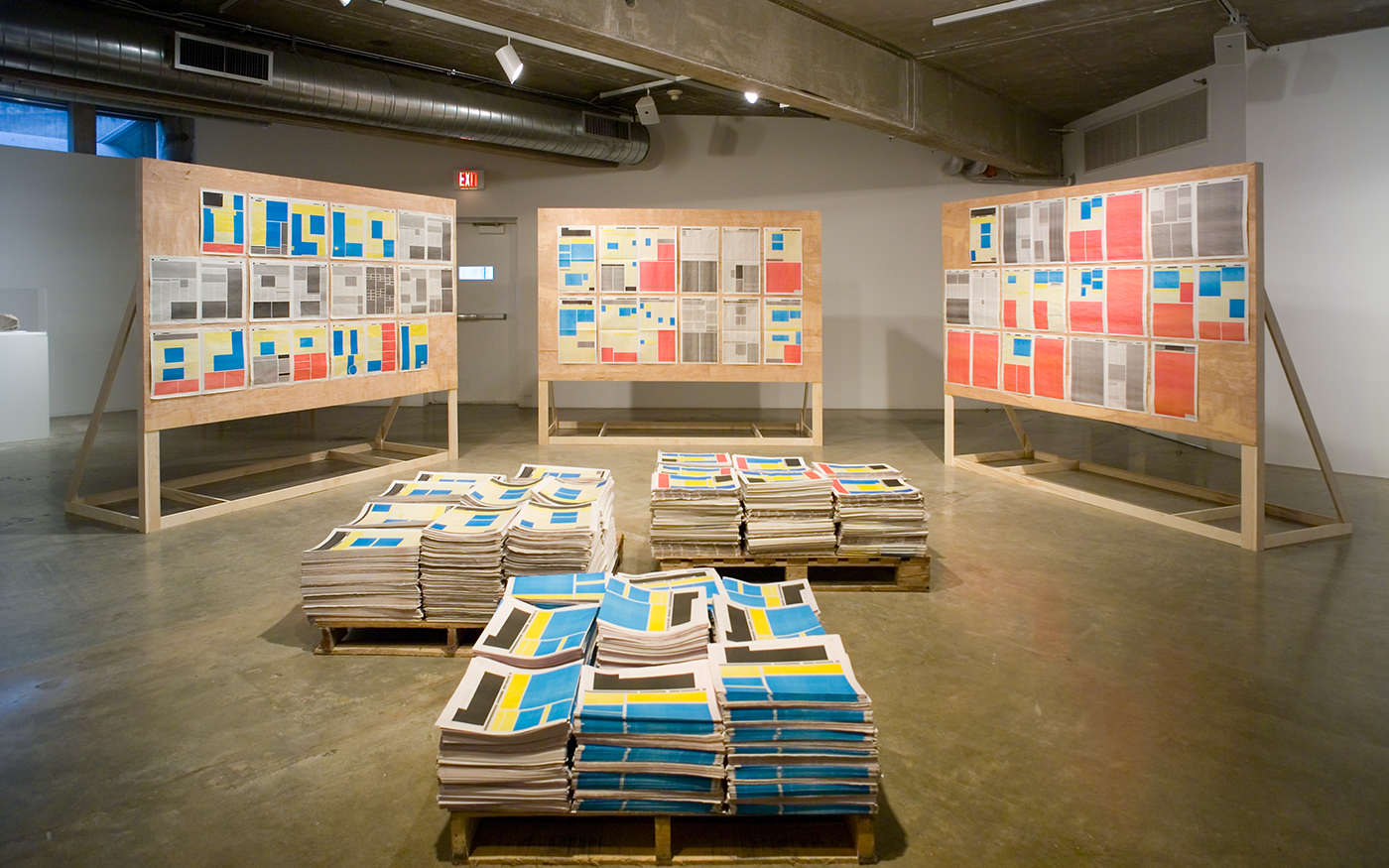 “Syjuco’s diverse body of work showcases a do-it-yourself approach in her search for how we construct, value, and perceive cultural authenticity. Throughout her work, she uses language and appropriation to speak to personal agency—that is an individual’s capacity to effect social change,” says Meredith Goldsmith, curatorial associate at the CAMH and the show’s curator.

The multi-part project Towards a New Theory of Color Reading (El Día, Houston Forward Times, Manila Headline)(2008), which has been created specifically for this exhibition, brings together prominent themes in Syjuco’s work: mistranslation, misidentification, and minimalist aesthetics. For this work, Syjuco gathered copies of three community newspapers from the Houston area: the Manila Headline, a bi-weekly Filipino publication, El Día, a Spanish language daily, and the Houston Forward Times, the largest Black-owned weekly newspaper in the South. Based on the layouts of each newspaper, she created three new publications made entirely of abstract blocks of colors. The title of the newspaper and other identifying information become black rectangular fields, articles and other text are yellow, photos are cyan, and advertisements are red. Syjuco has printed these altered papers in editions of 2,000 each, so that visitors to the CAMH can interact with the works and take them out of the Museum—a minimalist work on paper for everyone.

Syjuco spent four days in Houston creating Four Days Toward a New Modernism (Houston) (2008), her most recent take on the stylish high-Modernist shelving unit originally designed in 1952 by Charlotte Perriand, a colleague of Le Corbusier. However, unlike Perriand’s slick shelves, Syjuco’s are constructed using only recycled materials on hand. In this case, those found onsite at CAMH.

Born in the Philippines, Stephanie Syjuco received her MFA from Stanford University and BFA from the San Francisco Art Institute. Her work has been shown nationally and internationally, and included in exhibitions at The New Museum, P.S.1 Contemporary Art Center, and Whitney Museum of American Art, New York; San Francisco Museum of Modern Art, San Diego Museum of Contemporary Art, and the California Biennial at the Orange County Museum of Art, CA; and The Contemporary Museum, Honolulu, among others. She has taught at Stanford University, The California College of the Arts, and is currently a visiting professor at Carnegie Mellon University. Syjuco lives and works in San Francisco. 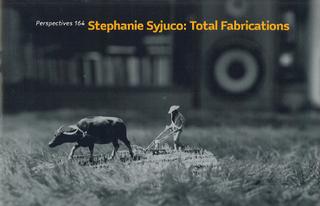