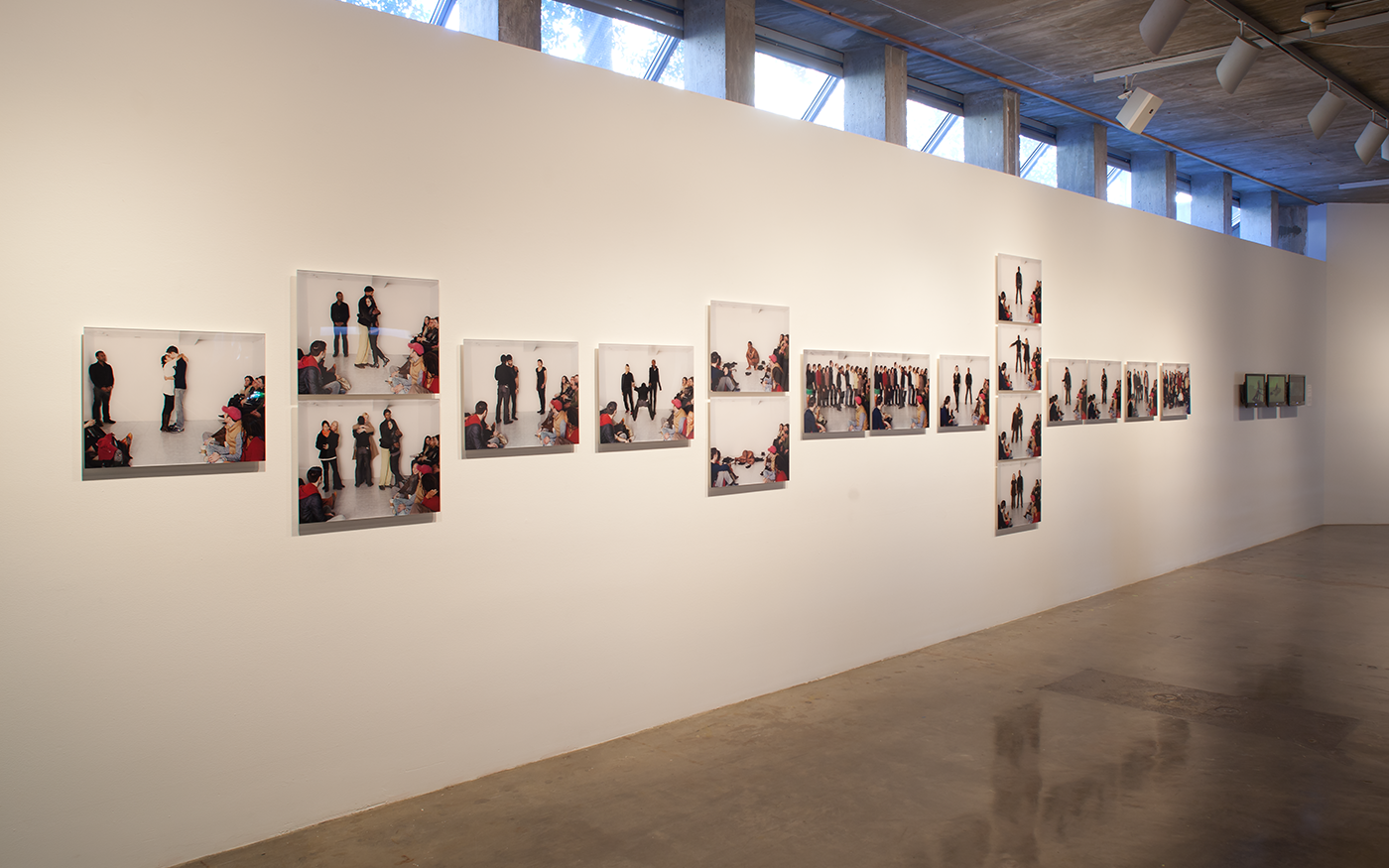 The Contemporary Arts Museum is pleased to present the first solo museum exhibition of work by New York-based photographer and performance artist Clifford Owens. Often incorporating the camera in his performance works, Owens blurs the boundaries between the documentation of his performance events and the creation of photographic artwork born out of action. Additionally, Owens’ performances break through the separation between artist and viewer by allowing audiences to participate in events. Perspectives 173: Clifford Owens features photographs and video from his collaborative works with artists such as Gregg Bordowitz, Patty Chang, William Pope.L, as well as drawings and work in other media. The exhibition also features a performance by Clifford Owens during the opening reception on Thursday, January 6, at 6:30PM, which is a continuation of his series Photographs with An Audience.

In Photographs with an Audience, Owens performs actions based on questions he poses to the audience and their instructions back to him. The performance highlights the many different types of interactions with the public that are the larger context and content of the work. Owens uses his body as a point of exchange to disallow the audience from forfeiting its own social, ethical responsibilities in their viewership of the performance. Often physically demanding and psychologically riveting, Owens’ performances conjure both historical and current issues surrounding the body. Perspectives 173 features Photographs with an Audience from performances done in New York in 2008 and at the Hanes Art Center at the University of North Carolina in Chapel Hill last year. He presents an iteration of this work in Houston for Perspectives 173.

Owens also restages historical live art works by older artists, creating open-ended situations that challenge the convention of art-making. In his work Four Fluxus Scores by Benjamin Patterson (Whipped Cream Piece, Lick Piece, 1964), 2006, Owens restages Fluxus artist Benjamin Patterson’s iconic performance Lick Piece (1964), on view in CAMH’s exhibition Benjamin Patterson: Born in the State of FLUX/us November 6, 2010-January 23, 2011. His collaborations with artists like Joan Jonas, William Pope.L, and Carolee Schneemann also pay homage to a generation of performance artists who have not only been undeniably influential to his work, but to the work of his generation of performance artists. Owens brings a new perspective to the history of performance art through the act of repeating canonical works within the very different context of current era, through the incorporation of the camera, his own body, and new audiences. In this, Owens brings a newfound understanding of the canon through the recognition of artists who have been historically lost within this dialogue. 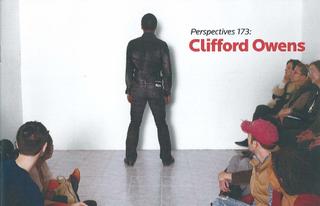