From his earliest works, Brooklyn-based artist Marc Swanson has made his topic the construction of self as an incomplete and always fragmentary project. Everything—including heavy metal, the Yeti, and hunting trophies—have become part of his artistic language. Perspectives 175: Marc Swanson: The Second Story features new sculptures by the artist that consider the worldview of the generations that have grown up since AIDS placed a final marker on the early era of gay liberation, severing the ties to that culture’s rich history. It’s been left to younger artists like Swanson to decipher and reinterpret the stories and images of that elder generation. The Second Story was a gay bar in San Francisco, long gone when the artist lived there but—in its punning name—haunting. The name might just mean that it was located on the second floor of a building, but it also suggests the layers of narrative that overlap in each patron’s life—the true, the false, and the mythic.

Working with found objects and photographs cobbled together into unlikely assemblage sculptures that often take tableaux form, whether in boxes or small stage-set like constructions, Swanson is always art-historically aware. His newest works, made specifically for this Houston installation, were inspired by a visit to the Menil’s Cy Twombly pavilion. Swanson reconsiders the aspirations, achievements, and formal language of Twombly’s sculptures while replacing Twombly’s Greek Gods with Hollywood, Decadent Literature, and pop culture icons, celebrating the fact that they are quintessentially inauthentic and death obsessed. Yet, in Swanson’s hands, come exploded shards of beauty out of their artifice and negativity.

Swanson conjures as his artistic doppelganger the character Jean Des Esseintes from Joris-Karl Huysmans’ 1884 novel Against Nature, in which the wealthy scion of a failing family retreats into an interior world of ever more exquisite divertissement. The character realizes that he has made his chambers too dark, so he has his pet tortoise covered in jewels to catch and radiate more light, which works briefly until the weight costs the animal its life. Swanson’s show at the Contemporary Arts Museum Houston begins with a similar animal’s shell that the artist has salvaged as another trophy or archetype of a strongly manifested position of crippling refinement as a defense against a harsh world.

Yet Swanson demands much from viewers as many of his sculptures have a great deal of blankness left. The spaces of projection are vast, and the three-dimensional pieces reveal many different aspects, a whole made up of fragments that are meant to never fully cohere. In works like Untitled (Gold Box) (2011), the golden shards might be what’s left the morning after a disco party, a psychological portrait, or both, and no single reading is ever fully fixed. 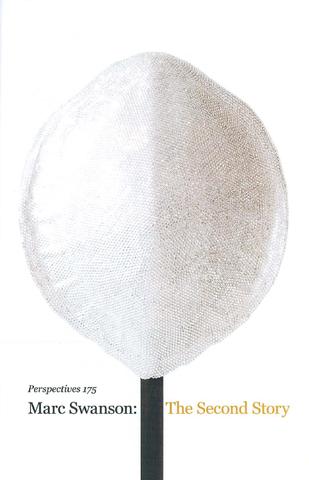