Perspectives was one of the first U.S. museum series to focus on developments in contemporary art and it has continued uninterrupted from its inception in 1979 to the present.  The catalogue reviews the series’s distinguished history and highly successful record of introducing audiences to some of the most exciting art of the last quarter century.  This was achieved through reproductions of and entries about the work of the 77 regional, national, and international artists selected for the exhibition to represent more than 800 artists who have exhibited in Perspectives shows over the years.

The catalogue includes essays and contributions by Marti Mayo, Theresa Papanikolas, Nayland Blake, Cheryl A. Brutvan, Peter Doroshenko, Dana Friis-Hansen, Lynn M. Herbert, Paola Morsiani, Paula Newton, Valerie Cassel Oliver, Peter Precourt, Stephanie Smith, Emily Leland Todd, and Marilyn A. Zeitlin; reminiscences about the series by members of the Houston arts community; a list of the artists whose work has been included in Perspectives exhibtions; and an illustrated chronology of the series’ exhibitions. 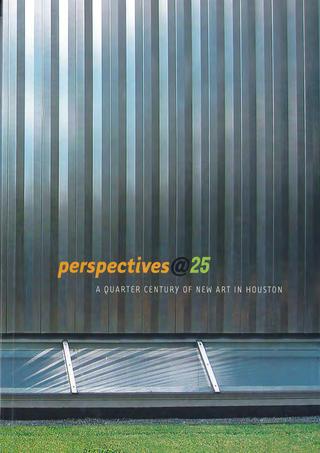