The Contemporary Arts Museum Houston is pleased to present work by Houston-based artist Robert Hodge. A musician and visual artist, Hodge has been involved in the city’s art scene since the late 1990s. His practice has expanded to include site-specific sculpture that provides communities with a place to gather and interact. Robert Hodge: Destroy and Rebuild features fifteen paintings from the past two years, more than half of which were created specifically for this presentation. It is the artist’s first solo museum exhibition.

As a visual artist, Hodge has been in pursuit of the recovery of cultural and political icons that have been lost to a fast-paced and ever-changing society. Trained in printmaking, Hodge has used strategies employed by graphic designers to convey his messages to combat social and political amnesia. Over the past five years, the artist has literally taken the paper—billboards, posters, post bills—that clutters the streets of his neighborhood in Houston’s historic Third Ward and has converted it into material for his own work. Hodge compresses this detritus into paintings that transform disparate aims into a cohesive message aimed at social recovery.

His most recent body of work puts into direct confrontation representations of black people as rendered in the eighteenth, nineteenth, and early twentieth century with the self-determined and defined lyrics of late twentieth and early twenty-first century hip-hop. By superimposing language upon these images, Hodge seeks to interrogate the image against the weight and backdrop of celebrated vernacular. The exhibition’s title, Destroy and Rebuild, underscores more than just process and emerges as a metaphor for the destruction of archaic perceptions of blackness and the recovery of personal and communal value.

In conjunction with this exhibition will be an off-site presentation of a temporary event space entitled The Beauty Box. In 2013, the artist created the first Beauty Box by reclaiming a dilapidated section of a building in the Third Ward and transforming it into a community-gathering place. At the site, the artist scheduled a series of events that included film screenings, poetry readings, music, dinners, talks, and exhibitions created for the surrounding community. Destroy and Rebuild will feature a second iteration of this site-specific sculpture, this time in Houston’s Fifth Ward at 3705 Lyons Street, which will again be activated by a series of programs organized by the artist.

Robert Hodge was born in Houston, Texas and grew up in the historic Third Ward community. He graduated from the High School for the Performing and Visuals Arts in 1998 and attended Pratt Institute in New York and Atlanta College of Art before returning to Houston to pursue his career. Hodge has exhibited across the country, including throughout Texas, and internationally in Nairobi, Kenya. He is the recipient of a 2013 Joan Mitchell Foundation award for painters and sculptors, and this spring he was selected for the prestigious Skowhegan Summer Program.

Funding for the Museum’s operations through the Fund for the Future is made possible by generous grants from Chinhui Juhn and Eddie Allen, Anonymous, Jereann Chaney, Marita and JB Fairbanks, Jo and Jim Furr, Barbara and Michael Gamson, Brenda and William Goldberg, Leticia Loya, Fayez Sarofim, Robin and Andrew Schirrmeister, and David and Marion Young. 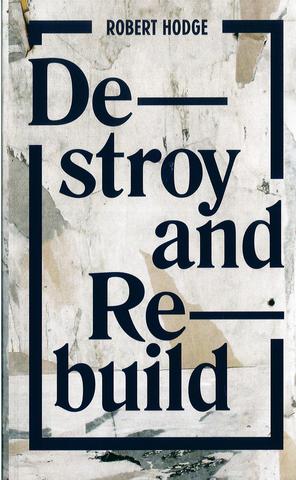