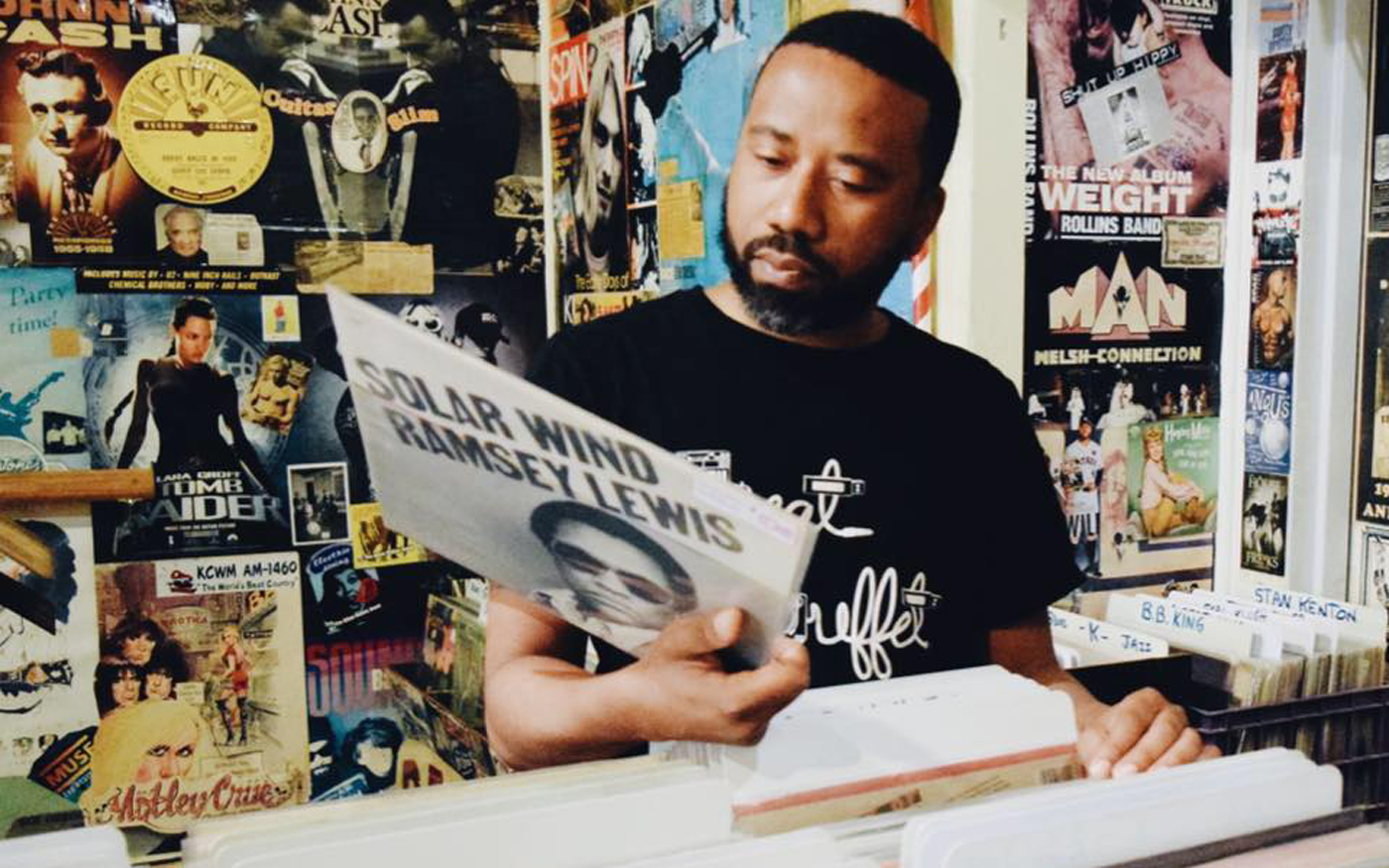 Hang with us on CAMH’s plaza from 1-4PM to enjoy the sounds of DJ Flash Gordon Parks who will focus on work created by Houston musicians from the past and present, spinning Jazz, Soul, Funk, & Hip Hop.

From 4:30-5:30PM  experience a live performance by CAMHLAB Artist-in-residence, Frewuhn as she shares Ecstatic Static. Bringing her residency to a close with a meditation of gratitude with an instrumental expression, a future memory, and exclamation to the many inquiries made throughout the week. Ecstatic Static is an hour-long meditation featuring experimental jazz, improvisation, and call and response. This musical meditation uses minimal lyrics, but calls forth a future sound of freedom, free from language and its constrictions.

Come hungry as Boombox Tacos will also be available for purchase from 12-5:30PM.

In 2005 Flash Gordon Parks published a book of photography and poetry called The Beautiful Side of Ugly with Eric Blaylock. TBSOU combined the poetic words of Blaylock with the striking images of FGP to document the beauty of urban areas of Houston, Texas.

He’s also maintained several DJ residencies which range from Blues to Jazz to Soul/Funk to Hip Hop since 2004. As a DJ, he strives to educate the audience through carefully thought out selections. Flash Gordon Parks often collects, documents, and lectures on the importance of Houston’s Rich Music History. He has lectured at such institutions as Contemporary Arts Museum Houston, Rice University, Art League Houston, and more.

In 2015 Flash Gordon Parks directed the documentary “This Thing We Do Houston DJ Culture Revealed” which is an introduction to the world of Deejaying in the City of Houston.

Singer-Songwriter Franchelle Lucas, known as Frewuhn, was born in Houston, Texas, surrounded by a collage of musical inspiration. Sonically, she embodies a peaceful flow and ambient strength. She is heavily influenced by 90s rock, R&B, country, and artists like Res, Santigold, and Stevie Nicks. Her love of the sacred wisdom of folk songs, the blues, and gospel is coupled with her first love of music found in church where she gained her initial performance experience.

Frewuhn made her debut in 2008, singing with Alternative soul outfit Neon Collars, and has performed as a backing vocalist for many artists including CeCe Winans and Solange. She released her first solo project Stupid Carnival in 2018. Frewuhn is a messenger who encourages listeners to go beyond the simplicity of her narratives to encourage freedom and healing from within.