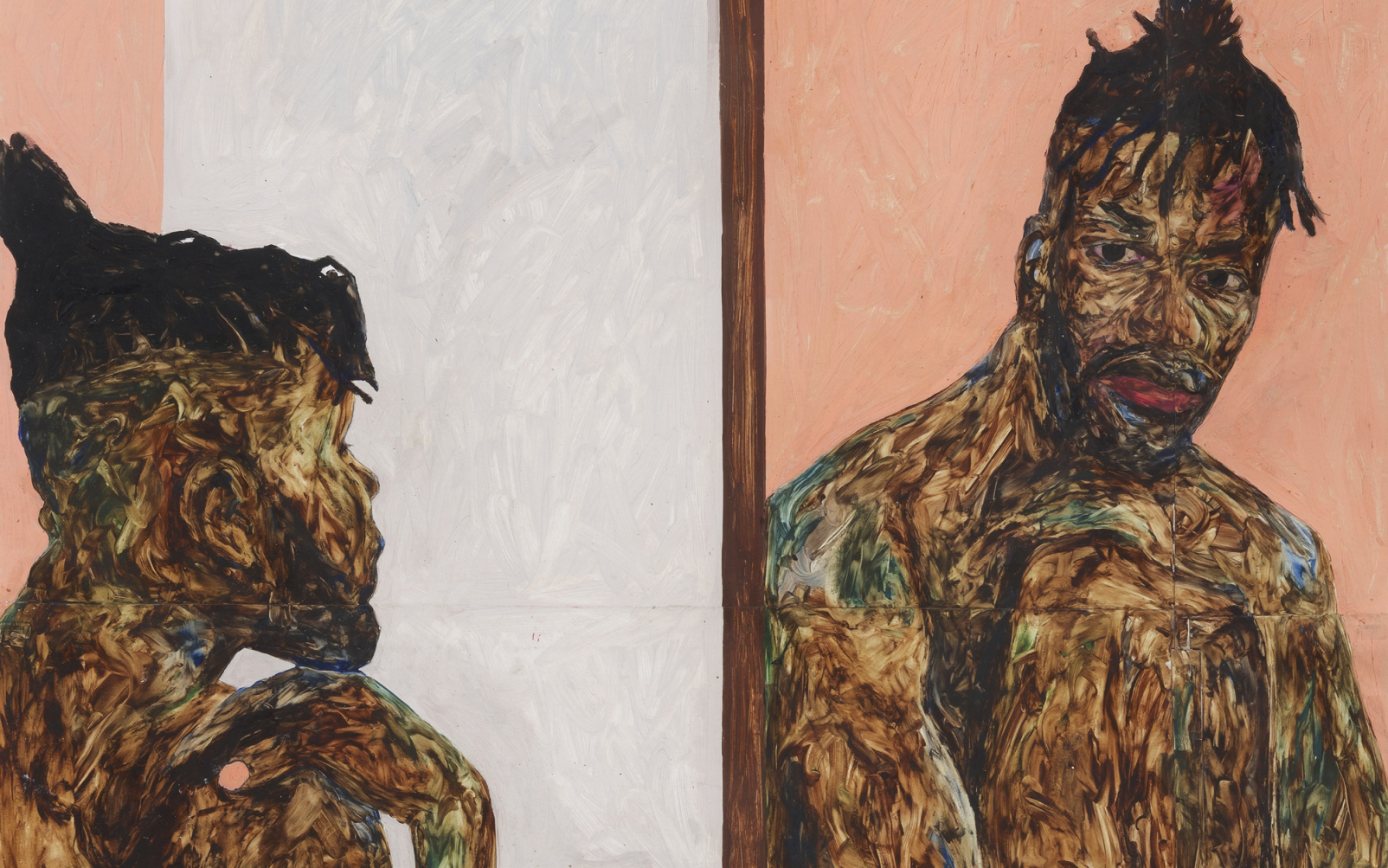 Amoako Boafo: Soul of Black Folks is the debut museum solo exhibition for Ghanaian artist Amoako Boafo (b. 1984), one of the most influential artistic voices of his generation. Working primarily in portraiture, Boafo is known for his vibrant use of color and thick, improvisational gestures created by his finger painting technique. His work is actively centered on Black subjectivity, Black joy, the Black gaze, and radical care as a foundational framework for his artistic practice.

Soul of Black Folks presents over thirty works created between 2016–2022, including a site-specific wall painting made for CAMH. The subjects featured in Boafo’s paintings represent the nuance and complexities of Black life globally. Conditions such as COVID-19, the constant resistance against systemic oppression, the active combating of Anti-Black rhetoric, and the commodification of Black bodies in the media are some of the concerns that heighten this exhibition’s urgency and relevance.

The exhibition’s title is inspired by the seminal ethnographic study of Black life behind the veil of race by sociologist and Pan-Africanist W.E.B. Du Bois, The Souls of Black Folk. Du Bois, who is buried near Osu—a neighborhood in Accra, Ghana near where Boafo grew up—conducted research that resulted in the coining of the phrase “double-consciousness,” which evokes the sense of Black people constantly having to look at themselves through the eyes of others. Du Bois’s text serves as an invitation to think deeply about Boafo’s artistic practice and how it challenges an “othered” gaze concerning the Black figure.

The works featured in Soul of Black Folks center the viewers’ gaze on the presence of Boafo’s subjects, who represent all walks of Black life. He vividly and attentively leverages his paintings as a forum to articulate the connectivity and cultural overlap of existence within the Black diaspora. Despite the physical and emotional friction of Boafo’s mark-making, his painted subjects appear confident and steadfast. Boafo’s paintings are deeply personal and intimately connected to his experience as a Ghanaian artist living and working between Vienna and Accra. His works serve as means of self-preservation—a celebration of his identity, Black people, and Blackness. More than mere portraits, they are images constructed to assert the dignity and importance of Black people.

Boafo was born in 1984 and raised in Osu, Accra in Ghana. He studied at the Ghanatta College of Art and Design in Accra in 2007, before attending the Academy of Fine Arts, Vienna, Austria. Boafo was awarded the jury prize, Walter Koschatzky Art Prize in 2017 and the STRABAG Art award International in 2019 both in Vienna, Austria. In 2019, he participated in a residency with the new Rubell Museum in Miami, Florida and in 2020 collaborated with Dior for their Spring/Summer 2021 Men Collection. His work is widely collected by private and public collectors and institutions, most recently by Leopold Museum, Los Angeles County Museum of Art, Solomon R. Guggenheim Museum, Rubell Museum, Marieluise Hessel Collection, the Aishti Foundation, Centre for Curatorial Studies, Bard College, Hessel Museum of Art, The Pizzuti Collection of Columbus Museum of Art, and the Albertina Museum in Vienna.

Special thanks to Denby Auble and Kerry Inman; Marley Lott; Penelope and Lester Marks; Roberts Projects, Los Angeles; and all lenders to the exhibition.

Amoako Boafo: Soul of Black Folks is organized and presented in partnership by the Museum of the African Diaspora, San Francisco and Contemporary Arts Museum Houston. The exhibition is curated by Larry Ossei-Mensah