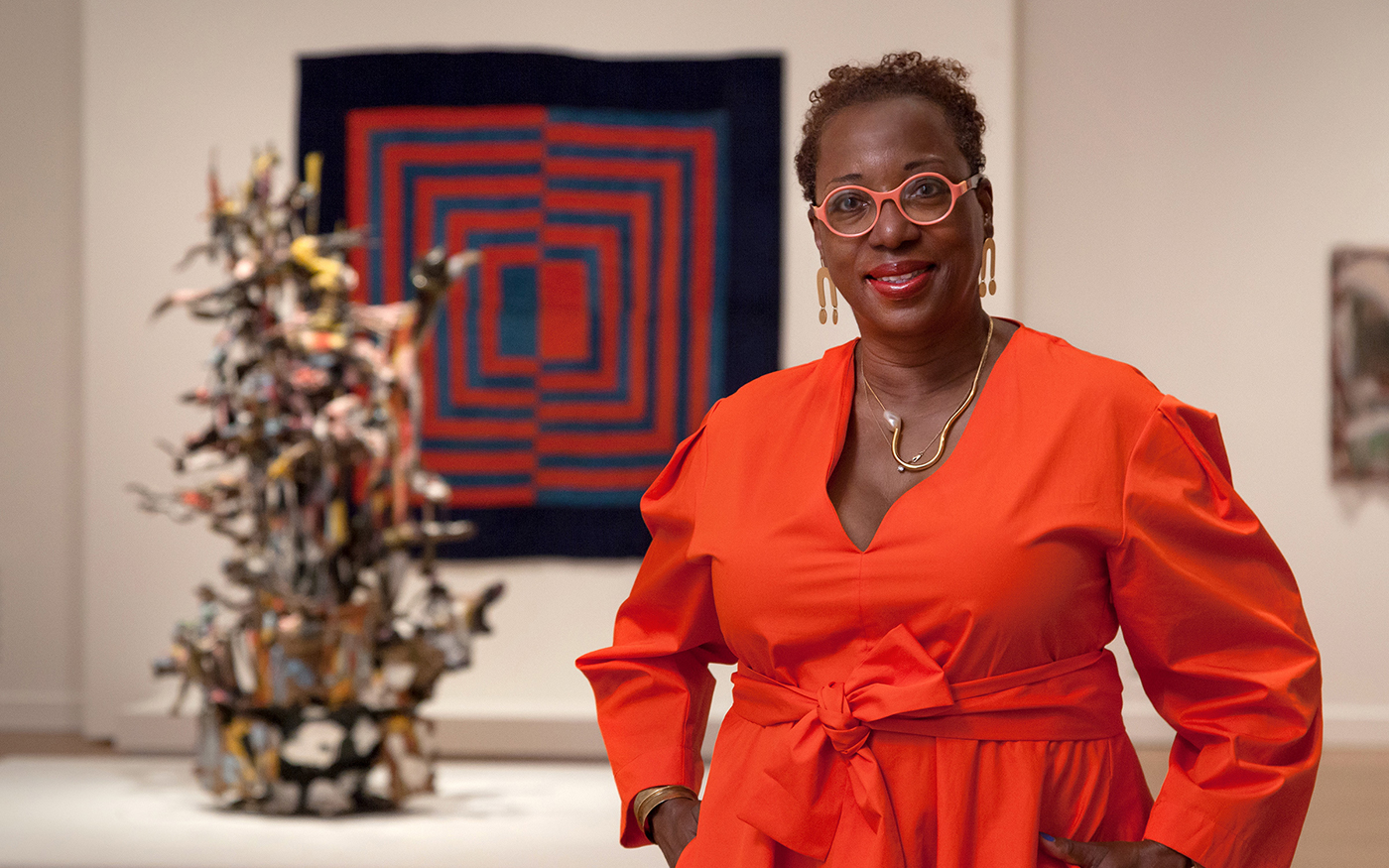 Join Valerie Cassel Oliver for a talk that draws upon the history of artists working in assemblage—the use of ordinary objects and their transformation into extraordinary objects of art. Cassel Oliver will discuss the work of Nari Ward within the scope of her newest exhibition, Cosmologies from the Tree of Life and her forthcoming project, The Dirty South: The Southern Impulse in Art, Material and Sonic Culture.

Valerie Cassel Oliver is the Sydney and Frances Lewis Family Curator of Modern and Contemporary Art at the Virginia Museum of Fine Arts (VMFA). Prior to her position at the VMFA, she was Senior Curator at Contemporary Arts Museum Houston (CAMH) from 2000–2017.  She has served as Director of the Visiting Artist Program at the School of the Art Institute of Chicago (Illinois) (1995–2000) and as a program specialist at the National Endowment for the Arts (1988–1995). In 2000 she was one of six curators selected to organize the Biennial for the Whitney Museum of American Art (New York, New York).

Howardena Pindell: What Remains to be Seen organized by the Museum of Contemporary Art Chicago (Illinois) with Naomi Beckwith, marked her debut exhibition at the VMFA. The exhibition traveled from the MCA Chicago to Richmond, Virginia and later to the Rose Art Museum at Brandeis University (Waltham, Massachusetts).  Cassel Oliver’s current exhibition, Cosmologies from the Tree of Life: Art From the African American South opened at the VMFA in June 2019. The exhibition features 31 newly acquired works from the Souls Grown Deep Foundation in Atlanta.

Cassel Oliver is the recipient of a Getty Curatorial Research Fellowship (2007); the High Museum of Art’s David C. Driskell Award (2011); the Arthur and Carol Kaufman Goldberg Foundation-to-Life Fellowship at Hunter College (2016) and the James A. Porter Book Award from Howard University (2018). From 2016–17, she was a Senior Fellow in Curatorial Studies at the School of the Art Institute of Chicago.

She serves on the editorial board of Callaloo Journal of African Diaspora Arts and Letters; the advisory for the Fabric Workshop and Museum in Philadelphia (Pennsylvania) as well as the Smithsonian’s National Archives.

Cassel Oliver holds a M.A. in Art History from Howard University in Washington, D.C. and, B.S. in Communications from the University of Texas at Austin.