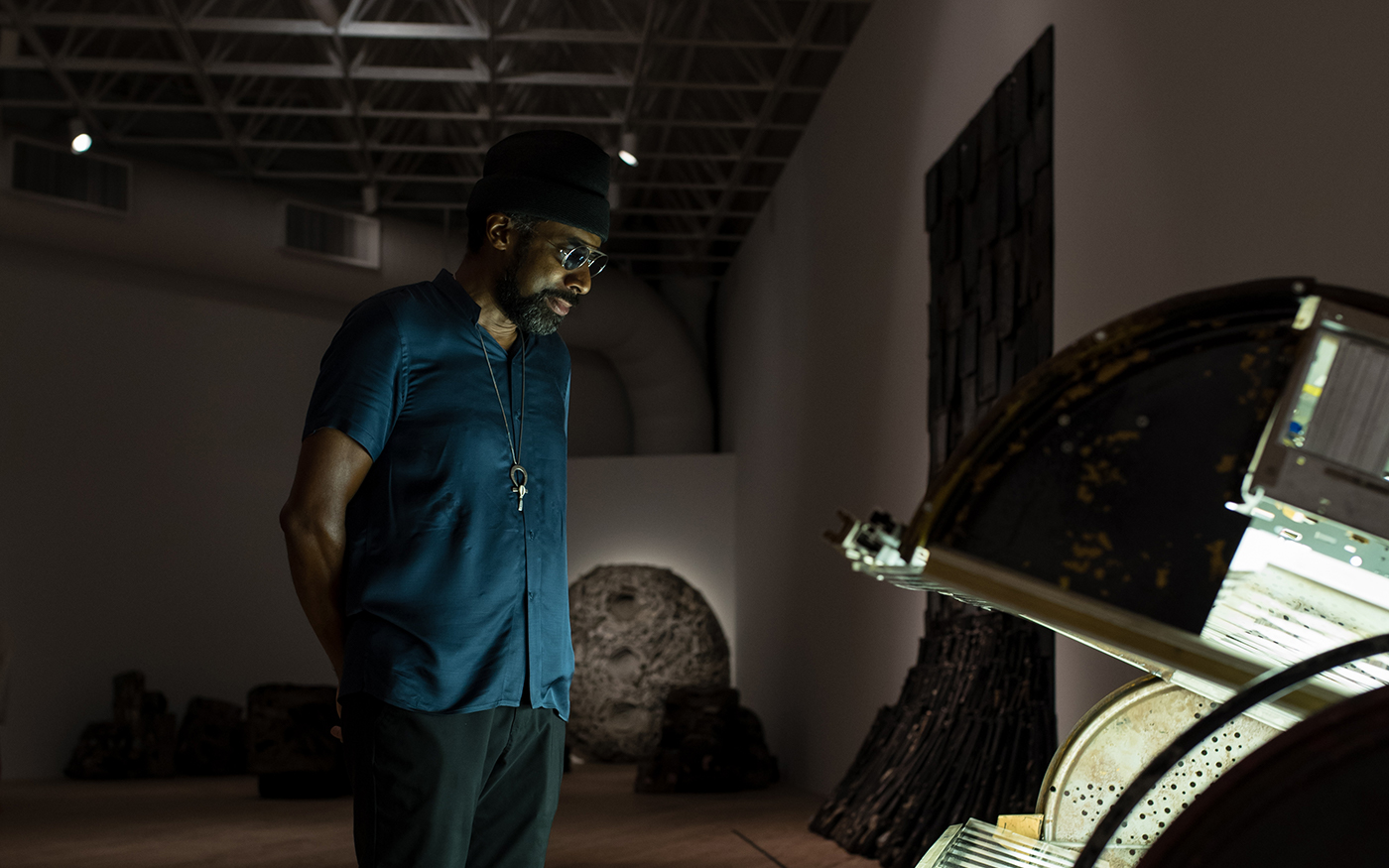 Join artist Nari Ward for a talk within his exhibition at CAMH Nari Ward: We the People, which brings together works spanning his 25-year career. Ward will share works that are not included in the show and other works in progress. Learn more about Ward’s process, ideas, and inspiration as he addresses topics such as historical memory, political and economic disenfranchisement, racism, and democracy through his sculptures and installations. If time permits, Ward’s lecture will be followed by a brief Q&A.

Tickets are required and will be made available for reservation on Thursday, November 7, 2019 at 10AM. Advance tickets will be available to CAMH Members on Monday, October 28, 2019 at 10AM. Space is extremely limited. The lecture will take place at CAMH within the exhibition Nari Ward: We the People. There will be a waiting list. The documentation from the program will be available on CAMH’s YouTube channel on Wednesday, December 11, 2019.

Nari Ward (b. 1963, St. Andrew, Jamaica; lives and works in New York, New York) is known for his sculptural installations composed of discarded material found and collected in his neighborhood. He has repurposed objects such as baby strollers, shopping carts, bottles, doors, television sets, cash registers and shoelaces, among other materials. Ward re-contextualizes these found objects in thought-provoking juxtapositions that create complex, metaphorical meanings to confront social and political issues surrounding race, poverty, and consumer culture. He intentionally leaves the meaning of his work open, allowing the viewer to provide his or her own interpretation.

Ward has received numerous honors and distinctions including the Vilcek Prize in Fine Arts, Vilcek Foundation, New York (2017); the Joyce Award, The Joyce Foundation, Chicago (2015), the Rome Prize, American Academy of Rome (2012), and awards from the American Academy of Arts and Letters (1998), the Pollock-Krasner Foundation (1996); and the National Endowment for the Arts (1994). Ward has also received commissions from the United Nations and the World Health Organization.