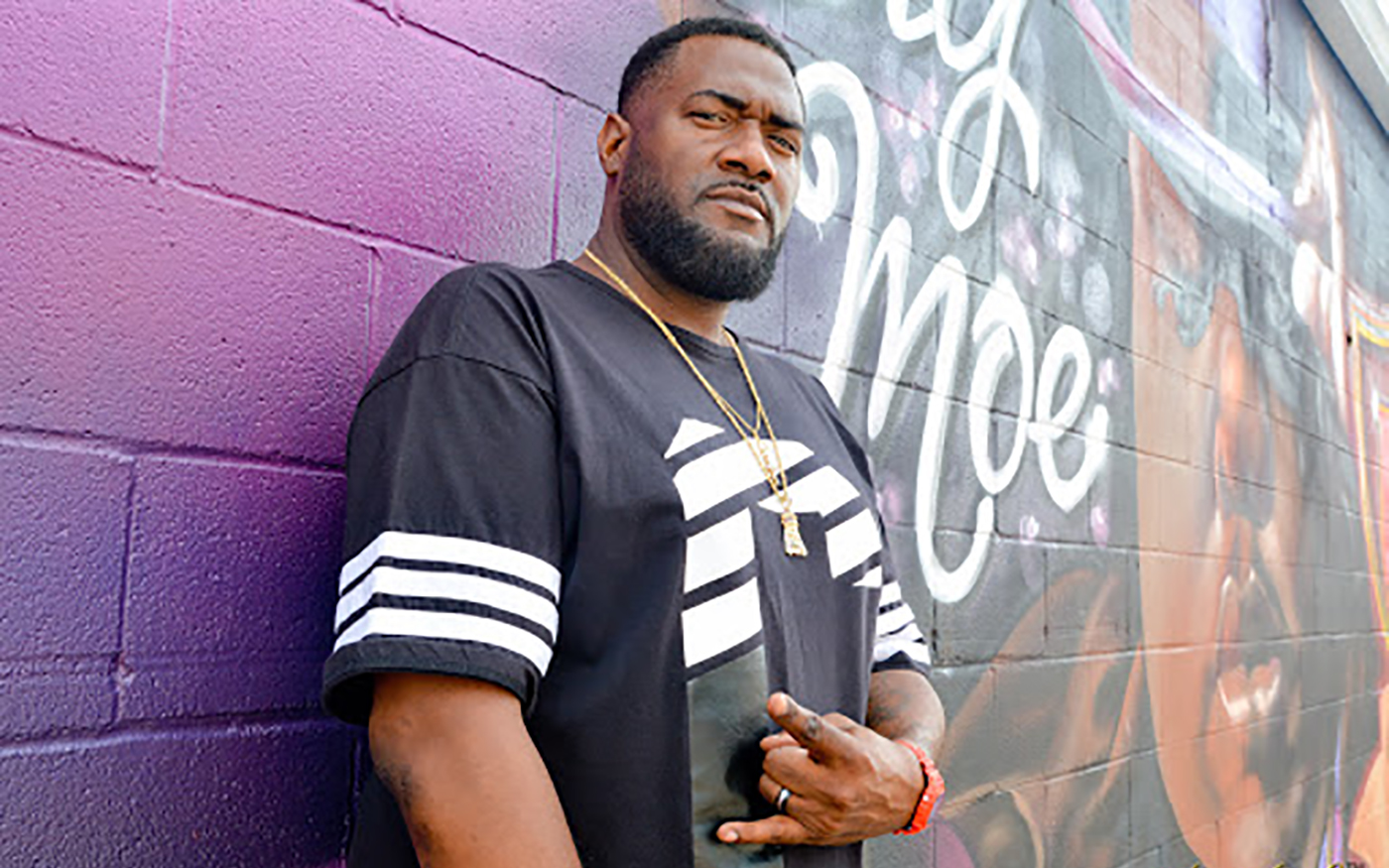 Join three members of Houston’s legendary Screwed Up Click (S.U.C.)—E.S.G., Lil’ Flip, and Will-Lean—as each performs and shares a personal story related to DJ Screw and the exhibition Slowed and Throwed: Records of the City Through Mutated Lenses. This program is organized and curated with the support of Rocky Rockett and BABA RUEROB.

This performance will be in-person, weather pending. The performance will take place on CAMH’s plaza on the corner of Montrose and Bissonnet. Space is limited as social distancing and masks are required for the safety of our staff and community. No seating beyond what is available in the plaza will be provided.

This event will be followed by the Slowed and Throwed catalogue release. Copies will be available for purchase, and several participating artists will be present to sign copies of the catalogue.

Lil’ Flip has lived an artist’s Platinum dream of selling over 23 million records worldwide with hits like “Game Over”, “Sunshine” and I Can Do Dat”, and published the successful book Don’t Let The Rap Industry Fool You. Yet it appeared to fans that at the peak of his career, the Houston multi-talent disappeared from the spotlight.

What casual fans didn’t see over the past few years may be some of Flip’s most resonating work in music, art and technology. Keeping his independent spirit alive, Flip has not only maintained a solid career, he has gone off the stereotypical grid with ventures like an 80-million-dollar music distribution deal with LANG APP. He launched the creative Art Over Drugs movement in Houston, giving back to youth alongside other celebrities through interactive fun with art and sneakers and also garnered a multi-million dollar partnership with Tj & Co Jewlery in Austin tx.

With new management under LOUD Muzik, Flip is on the way to reaching new heights with a slew new projects on the horizon for 2021.

William “Will-Lean” Gibbs was born on the Southside of Houston, Texas and attended Sterling High School. At the age of 15, it was the musical influences of UGK, Street Military, NWA, and the Geto Boys that made Gibbs consider taking rap seriously. He started hanging out with Big Al, C-Note, Head, D-Redd, and Big D-E-Z in Houston’s Cloverland and eventually became one of the founding members of the Botany Boys. He met DJ Screw in 1992 prior to the actual formation of the Screwed Up Click (SUC) and started freestyling on Screw’s mixtapes. “DJ Screw actually gave me the name ‘Will-Lean’ because I always kept a cup of lean. So it just stuck.” Will-Lean states. As a member of the Botany Boys, Will-Lean was featured on all of the group’s albums from 1995–1999. He later dropped the single “City of Lean” (2008), and the albums Mr. Triplebeam (2010), and Botany Boy (2013). In 2017, Will-Lean released July 20 – The Day A Legend Was Born, an album dedicated to the life of DJ Screw. Currently, Will-Lean actively educates individuals on the legacy of DJ Screw and the history of hip hop in the city of Houston.

She has contributed to Hip-Hop written related content for Houston Trend Magazine, Rolling Out Magazine, the Mixtape Museum, and Contemporary Arts Museum Houston and she is the Brand Manager for SUC Legend, ESG.Rockett is also one of the research advisors for the DJ Screw-centered exhibition, Slowed and Throwed: Records of the City Through Mutated Lenses at Contemporary Arts Museum Houston and is the Community Engagement Officer and Advisory Board Member for Screwed Up HQ non-profit organization.