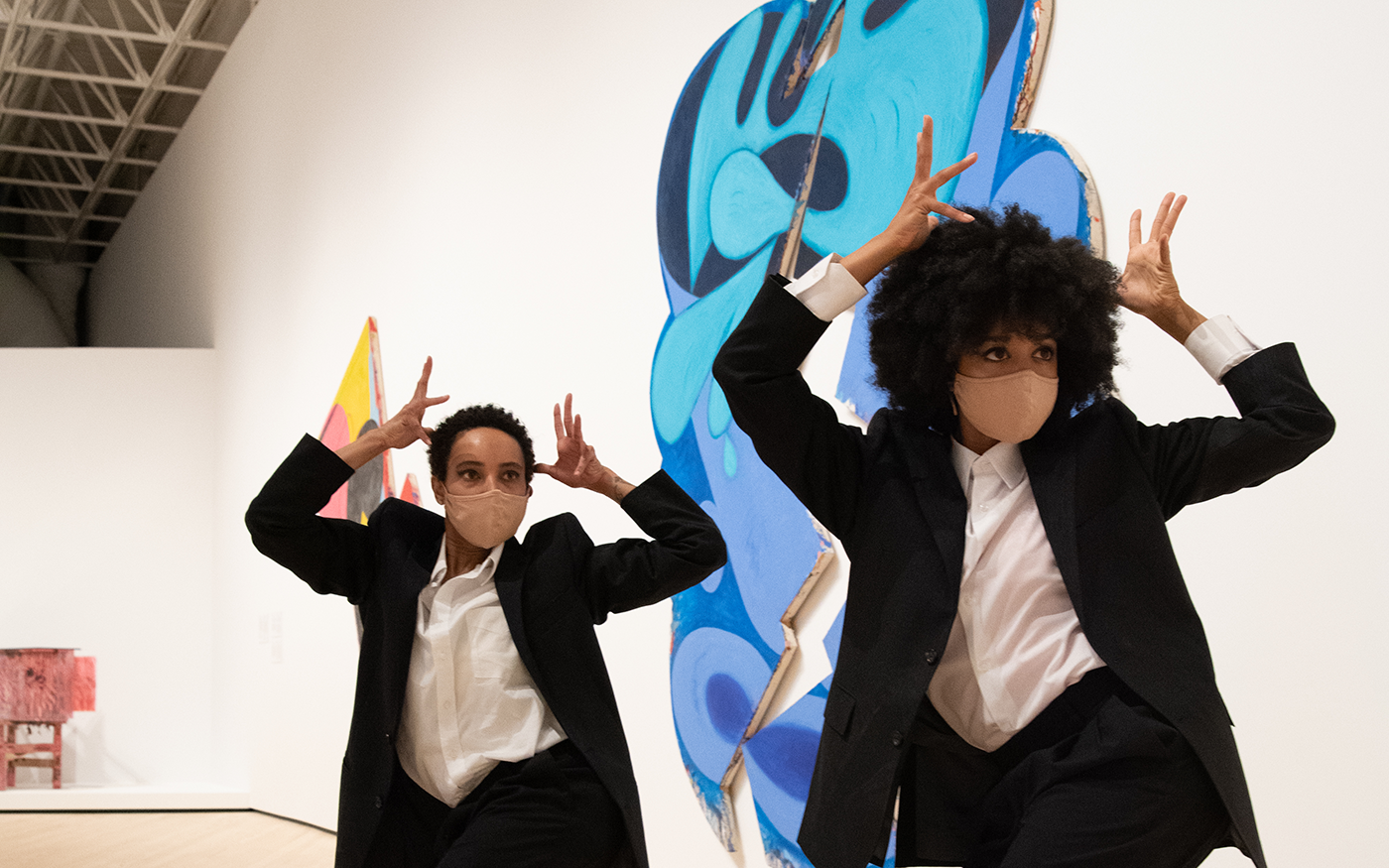 Join Donna Crump and Kayla Collymore as they perform the premiere of the new work Gend[H]er in the exhibition Wild Life: Elizabeth Murray & Jessi Reaves and in celebration of Women’s History Month. Gend[H]er examines the reversal of gender roles and how they are portrayed through society’s stereotypes; how gender has played a role in the workforce, and in the home amidst the pandemic. But let’s be clear, the piece really studies the Divine feminine energy. To possess your true Divine feminine energy is to embrace and have a balance of both masculine and feminine energies.

There are many sections of the work in its entirety which explores the Divine feminine via stories of Motherhood. The work addresses women’s health, sexuality, and power. It’s important because the piece celebrates women and gives a small insight on what it’s like to be a mother through the time capsule and also celebrates the modern-day mother.

Working with themes of love, trauma, and health, the process celebrates women and creates a space for the stories and experiences of women to be told. Two different themes, gender and motherhood bound by one common entity, Women.

Donna Crump is an award- winning choreographer, actress, and performing artist from New Orleans, Louisiana who has been dancing for over 30 years. She holds a BFA in Dance from Tulane University (New Orleans) and has also studied and created dance in New York, South Africa with the First Physical Dance Theatre, and in Brazil with the country’s premier dance company Grupo Corpo. Donna served as the resident choreographer for the Marigny Opera Ballet in New Orleans over the inaugural season in 2014/2015. Crump is a current performer and Artistic Director of her contemporary dance company, Good Dance Since 1984. Good Dance has performed nationally in New Orleans, Houston, Boston, Alabama, and more, receiving several arts awards for Best Choreography and Outstanding New Work.

Since founding Good Dance in 2012, Crump has produced several full length works, started the pre-professional division of Good Dance, and starred in several commercials and films alongside directors Spike Lee and Garrett Bradley. Crump played a lead role in the film America by Garrett Bradley which premiered at the Sundance Film Festival in 2019. Crump quickly found her lead role touring several film festivals and museum openings including Contemporary Arts Museum Houston, The New Orleans Museum of Art, and the Museum of Modern Art in New York City.

Since moving to Houston almost 4 years ago, Crump has premiered work at The MATCH and the Contemporary Arts Museum Houston. Her most recent work Gend(H)er is premiering at CAMH on March 25,2021 at 6:30PM during Women’s History Month.