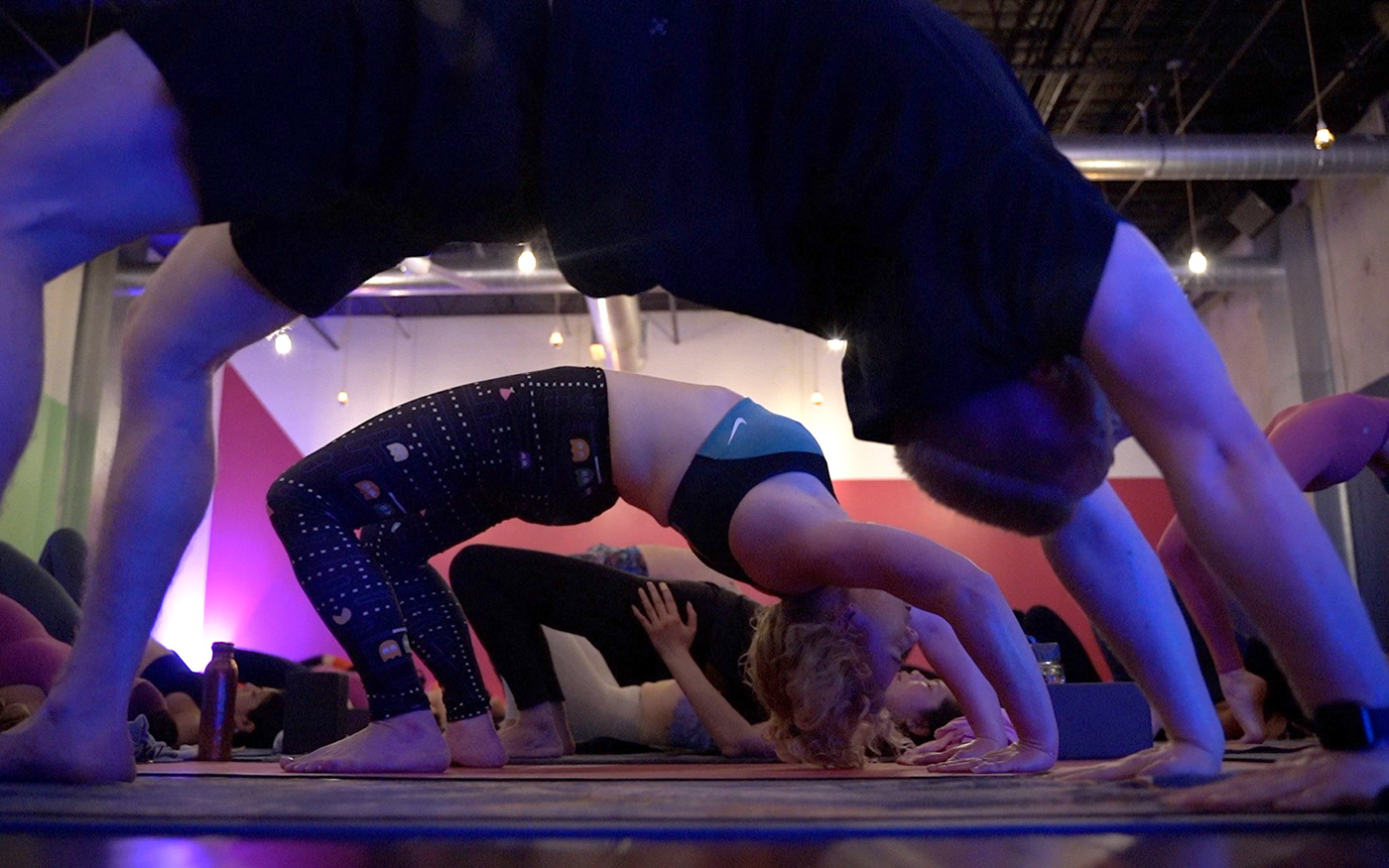 Join us for a virtual yoga class in partnership with Lululemon and Houston’s own Big Yoga scored by a micro-orchestra. This event is part of artist Marlon Hall’s participation in CAMHLAB, an artist-in-residence program.

The program will be live streamed on CAMH’s Facebook.

Support provided by Laity Lodge and its parent institution, the H.E.Butt Foundation. Additional funding provided by The Jeremiah Fund of the San Antonio Area Foundation.

Robert Boustany is the Pralaya Yoga founder – has instructed yoga classes and seminars internationally for over forty years. In many ways he is known as the father of yoga and yoga studio practice in Houston. Robert is a trained physicist known for a detailed understanding of the anatomy and physics of poses, who offers energetic and anatomical reasons for postural alignments. Robert has extensively studied many esoteric forms of yoga, tai chi chuan, qigong, and a variety of self care modalities, which lead to his extensive understanding of self care for today’s lifestyle.

Marlon Hall is a visual anthropologist, U.S. Department of Cultural Affairs Fulbright Specialist, a Tulsa Arts Fellow, and the Greenwood Art Project Anthropologist in residence studying the 1921 Massacre of Black Wallstreet with lead artist Rick Lowe. He has 20+ years’ experience in community film-making, cultural architecture, and visual anthropology with a proven track record of leading organizations, teams, and creative projects from end-to-end to include: films, creative learning ecologies, social sculptures, and community art projects. His life’s intention is to cultivate human potential in ways that are whimsically beautiful and positively willful.

Nancy Perry is the co-founder and co-owner of BIG Power Yoga, Out Here Yoga, and Live Alive Adventures. She is a Tier 4 Certified Baptiste Teacher, a Lightyear Leadership Faculty Member, a writer, a wife, and a mother.

Michelle Thibeaux, powerful, passionate, and feminine; these three words encompass the artist known as Michele Thibeaux. Born and raised in Oakland, California, she began singing at an early age. Her albums Quiet Picture Show and Hey Mr. DJ are an echo of the power her voice gives during live performances. Her vocal performance is as healing as it is lively.

Burniss Earl Travis ll, bassist, composer and producer from Houston, Texas who began his musical career at a young age as a violinist. He was led to his true calling as a bassist after his grade school teacher selected him to play the large upright bass, because he was the tallest in his class. An alumnus of The New School (New York City, New York), he is now based in Brooklyn, New York and is one of the top call bassists for many acclaimed artists including Common, Esperanza Spalding, Robert Glasper, Lianne La Havas, Big K.R.I.T., Stefon Harris and many more.

CAMHLAB is an ongoing artist-in-residence initiative that gives the Museum to artists. CAMHLAB supports artists working within, and in partnership with, the Museum to develop new work and ideas. Launched immediately following CAMH’s interior renovations in fall 2020, the residency was established in response to effects of COVID-19, particularly the loss of Houston-area performance and rehearsal space, to make CAMH’s galleries safely available for large-scale production and experimentation. Through both short-term residencies within the Museum and long-term collaborations with artists, CAMHLAB offers critical and early-stage direct support of artists’ process and production of new work.

As CAMH’s galleries are currently closed to the public, artists-in-residence have full access to the Museum; each resident’s process will become public through a limited audience performance, a live stream, exterior project, or a form appropriate to the artist’s specific practice. As with all CAMH public programs, CAMHLAB residencies safely connect artists and audiences through catalytic and unexpected experiences of contemporary art.