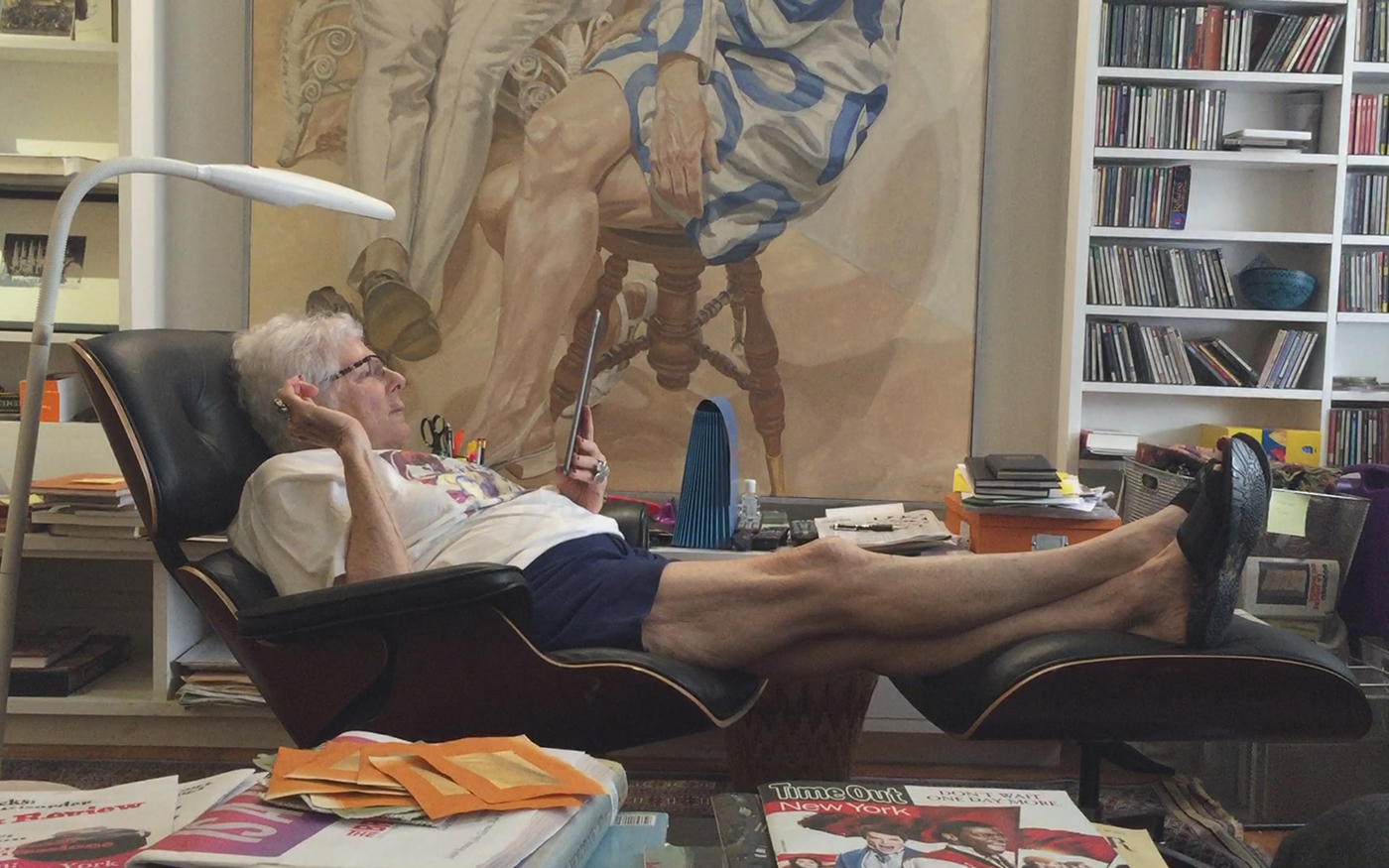 In conjunction with the exhibition Wild Life: Elizabeth Murray & Jessi Reaves and the 50th anniversary of Linda Nochlin’s “Why Have There Been No Great Women Artists?,” join CAMH Curator Rebecca Matalon in conversation with Julia Trotta. A New York-based filmmaker, curator, and writer, Trotta will screen a selection of vignettes from Forget to be Afraid: A Portrait of Linda Nochlin (2012-19), an archive of videos filmed over the last seven years of Nochlin’s life. Conceived and directed by Trotta—Nochlin’s granddaughter—the project offers an intimate and multifaceted view into the life and scholarship of the trailblazing feminist art historian.

In the films, Nochlin (1931-2017) variously discusses her groundbreaking 1971 article, “Why Have There Been No Great Women Artists?,” reads poetry, sings folk songs, cooks, plays piano, meets with students, receives multiple lifetime achievement awards, reflects on her love life, and battles cancer. A portrait in fragments, Forget to be Afraid celebrates the nuances and complications of familial intimacy, while also taking cues from Nochlin’s own methodology which was anti-monumental and anti-linear.

Watch the Talk and Screening