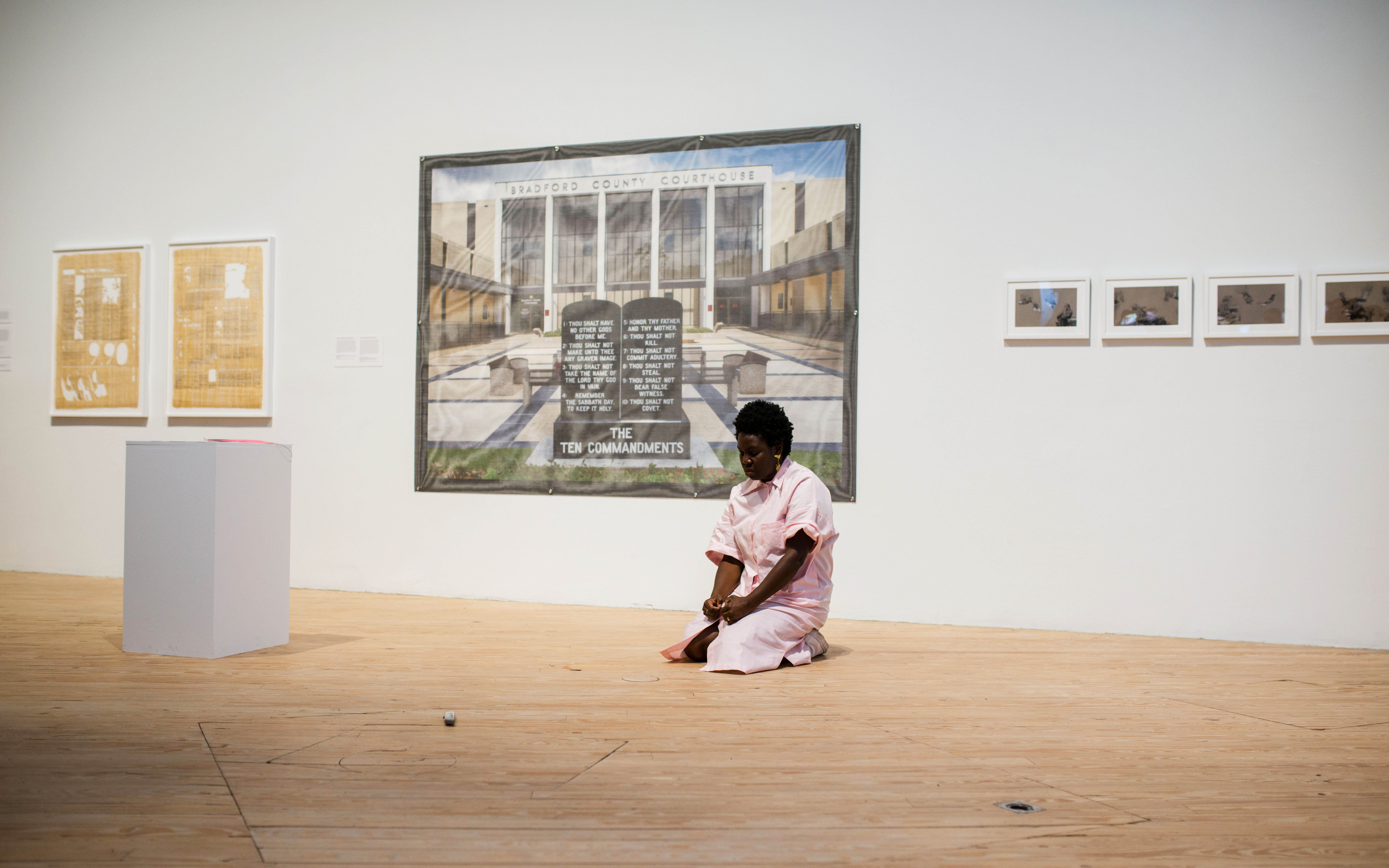 This participatory workshop will demonstrate methods used for developing a working understanding of the critical uses of fluidity in perspective, physicality, and thought within the personal and political. The workshop invites participations to use a group improvisational method that stimulates body awareness and further develops spontaneity that can uncover surprising sources of potential material. The entire group will be submerged in the group dynamic. There is no audience; the intent is to simultaneously become viewer, participant, and creator—to remain present. This workshop will be led by artist Autumn Knight who is included in the exhibition Walls Turned Sideways: Artists Confront the Justice System on view at CAMH through January 6, 2019.

fluid is presented in collaboration with DiverseWorks. Knight’s first large-scale, theater-based performance work, M _ _ _ ER, will be presented by DiverseWorks on Friday, November 2; and Saturday, November 3, 2018 at the MATCH. More information and tickets are available here.

About Autumn Knight
Autumn Knight is an interdisciplinary artist working with performance, installation, and text. She was recently a resident artist at the Studio Museum in Harlem, New York (2016-17) and in 2015 received an Artadia Award. Her work has been presented in solo and group presentations at various institutions including Marfa Contemporary, Texas (2018), the Krannert Art Museum, University of Illinois, Chicago (2017), Contemporary Arts Museum Houston, Texas (2015-16), The New Museum, New York, New York (2015), Crystal Bridges Museum of American Art, Bentonville, Arkansas (2014), and Project Row Houses, Houston, Texas (2012-13), among others. In addition to the Studio Museum, selected residencies include Dance Source Houston, Texas (2015-16), Artpace, San Antonio, Texas (2015), Yamaguchi Institute of Contemporary Art (YICA), Japan (2015), In-Situ, United Kingdom (2014), and Galveston Artist Residency, Texas (2013-14). She attended the Skowhegan School of Painting and Sculpture (2016) and received an M.A. in Drama Therapy from New York University (2010).

About DiverseWorks
DiverseWorks is a non-profit, multidisciplinary arts organization whose mission is to commission, produce, and present new and daring art in all its forms through innovative collaborations that honor each artist’s vision without constraint. Founded by artists in 1982, DiverseWorks is nationally known for its groundbreaking artistic programming, meaningful engagement with communities, and advancement of progressive art and ideas in Houston and the nation.